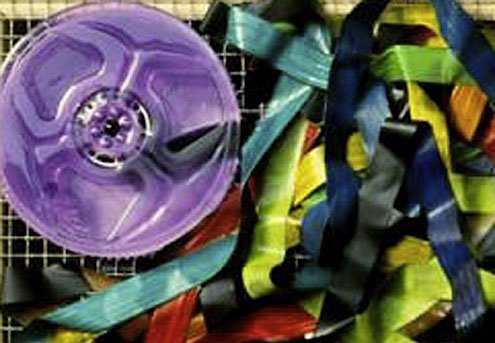 rawling the Web for unconsidered trifles I come across a mission statement by a small American newspaper that says it exists, “To provide our audiences with an independent and irreverent understanding of how their worlds work so they can make a difference.”

Good intentions evidently change stripes over the years. Difference-making was once the liberal obligation, its strongest flush, and proclaiming irreverence might have insulted irreverence itself.

If you were the sort with a mission statement, you considered it banal and concealed it in-house. There was no honor in the obvious.

Needlessly cheery sentences give me the creeps. A New York PR firm hired me in 1995 and recommended I examine their mission statement (in the absence of more serious tasks, I thought). I revised ill-managed sentences and passed it back. Management was shocked.

Yes, said a distressed executive, I’d been authorized to comment on the statement, but only, she emphasized, to “prioritize the input” — a mysterious phrase. Original ideas, she stressed, weren’t mine to fix. The founder of the firm wrote them.

I’d trespassed into a forbidden zone. And as it turns out into a widening debris field.

As language grows subservient to images and creativity to established protocol, stating the obvious has become an American industry.

One of many aphoristic business manuals is called “The Path: Creating Your Mission Statement for Work and for Life” (by the author of “Jesus, CEO”). The Web also offers innumerable Web sources to teach you how substitute glibness for erudition.

“The mission statement,” says businessplans.org, “should be a clear and succinct representation of the enterprise’s purpose for existence.” It should “incorporate socially meaningful and measurable criteria” and “can range from a very simple to a very complex set of ideas.”

In essence, it should state the obvious as obviously as possible. And check the syllable count so not to lose your audience.

Not to say obviousness doesn’t occasionally have a place.

Captain Kirk, a professional trespasser, had a mission statement. He told allies and aliens he was merely “going where no man has gone before.” And smile.

So did a moon-man making his first step (he nervously fumbled the interplanetary one-liner, intended as “one small step for a man,” not “man.”)

Since mission is evangelical, secular adventures required extraordinary circumstances, or fiction, for eligibility.

Now, everyone’s in. Promises and pledges by the bushel, only a few feasible. And no one objects.

Liberalism’s defeat — Doves turned Hawks to suit turnstile patriotism — has been amply chronicled. Historian Tony Judt, writing about Iraq, has remarked that traditional American Liberals “used to be distinguished precisely by their efforts to think for themselves, rather than in the service of others.” They should be “engaged in disturbing the peace — their own above all.”

But that presumes that independence and irreverence (and idealism) aren’t also seen as in the service of others — the service of how worlds work and competing for the better statement. Affluence and multimedia distraction has reduced institutional challenge s to a historic low. Dissent is seen not only as anti-heroic and insecure but pointless. Radicalism — which aside from ideology demands considerable risk — is non-existent.

We’ve had world war, cold war, and détente. Welcome, now, new war included, to Spool, in which the recycling of the commonplace secures the poorly-worded norm.

No, it’s not Orwell. It’s even more subversive. Seen from afar, there’s no lack of American intelligence or creativity. It’s just that most of it serves the same cheery sentence.

So if someone offers you an independent and irreverent understanding of how your worlds work so you can make a difference, think twice: it’s the siren song of a clever jailor, and you the hostage.

Oh, and there’s one final illustrious banality you might consider, if only pro forma — evil.