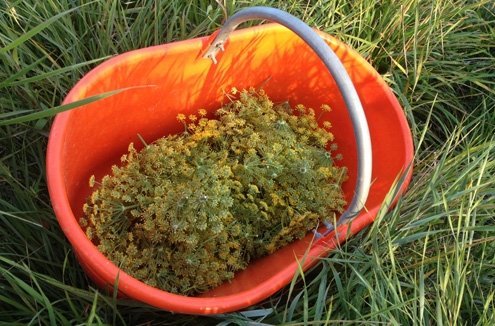 If you pay the going rate, the liquor is on the house.
C

all me a conspiracy theorist, but I’m convinced the world isn’t run by feeble politicians but by shrewd multinationals. I’m not talking about Monsanto stealing seeds for genetic engineering or fashion houses with PR posters that reek of child slavery. As painful as they are, these practices are common knowledge.

What I’m talking about instead are the corporate entities known in the travel industry as Online Travel Agencies, or OTAs. Their dreamy-looking homepages, the modern-day equivalent of glossy magazines, deeply affect my life and work as an innkeeper in rural Italy.

No doubt you’ve probably visited one of their websites to book a hotel. It’s vacation time, after all. Their promises are irresistible: No reservation costs, great rates, last-minute deals, special offers, and, of course, free cancellation.

Their message is predicated on the idea that millions of hotel rooms remain empty every second of the year. And because hotels hate empty rooms like the plague, they’re willing (if not desperate) to fill them on the cheap.

A couple of days ago, at 2 a.m., I got an online inquiry from an online mediator who wanted to arrange a cooking class for two people at my inn later that same day. He agent offered me to pay me 85 percent of my going rate to accept a reservation with no credit card security.

What the gentleman apparently didn’t consider was just what his request would set in motion. I’d have to get up a few hours later at the crack of dawn, polish the kitchen, barrel down the hill to get the necessary stone ground flour, organic chicken and artisan pecorino for the meal, speed back up the mountain, retrieve the elderflower jelly, pick a few fresh figs and blackberries, don my apron and get ready to spend a day’s work giving lessons at a discount.

Maybe I should feel lucky. I didn’t have to pay an 18 percent commission to a travel site monster. Then again, if the clients didn’t show, I had no security.

Think about it: of course there are no reservation costs, of course there are last-minute deals and free cancellation — basically five stars for the price of one. For the OTA making the deal, the innkeeper isn’t the Four Seasons but a faceless non-person that exists only to make money from discounts.

Discounts that of course pay no attention to the interminable hours I spend perfecting a recipe, or to the vintage lace I’ve sewn over the bathroom curtains, or the hand-woven bed-throws I brought to my inn years ago when I was seven months pregnant. The OTA doesn’t mention that the breakfast yoghurt is homemade.

Let’s move the premise to another world. Would you, say, go to the dentist late in the day and then tell him that because he didn’t have anyone blocked out for that slot he should charge you half? After all, you could say, getting half is better than not seeing a patient at all. I doubt you’d do that.

In contrast, that’s become the norm for the way OTAs handle innkeepers. They’re basically expected to offer absurd discounts no matter superb the quality of their service.

Please take a moment to put yourself in the shoes of the merchant and consider the many ways that this is not a deal.

As for me, I’ll keep the last room empty. My pride can sleep there. But if you do decide to visit me, paying my honest, non-discounted prices, whether it’s for a stay or a cooking class, my first drink (recipe below) is on the house. I couldn’t offer you a discount if I wanted to. That’s because it’s priceless.

— Clean the flowers, making sure to remove only the woody stems. Put them in a jar, add alcohol, close and keep in a cool dark place for two weeks. Filter and discard the flowers. Transfer the infusion to a bottle.

— Prepare sugar syrup. Bring water and sugar to a low boil until the sugar dissolves completely. Cool. Add syrup to the alcohol infusion.

— Stopper the bottle and keep in a cool dark place for at least two months before using.