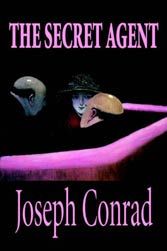 “I have always dreamed of a band of men absolute in their resolve to discard all scruples in the choice of means, strong enough to give themselves frankly the name of destroyers, and free of the taint of the resigned pessimism which rots the world. No pity for anything on earth, including themselves, and death enlisted for the service of good and all…”

This is not Mohammed Atta but Conrad’s fictional anarchist, Karl Yundt.

Conrad’s terrorists occupy “personal impulses disguised into creeds.” They also blow themselves up. The novel portends urban terrorism as an absolutely modern drive, unsettling the period’s attachment to reason (one target is Greenwich Observatory).