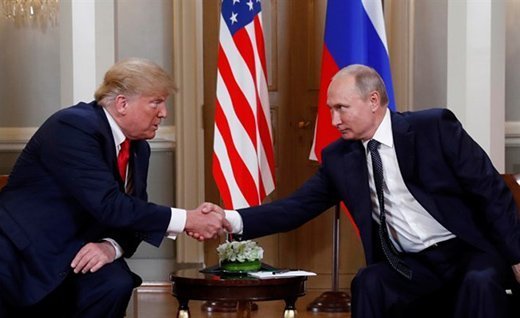 If you want to play chess with Vladimir Putin, you need politicians and policymakers working on each move together.
T

he investigation into President Donald Trump’s ties to Russia is perhaps inevitably bringing illicit financial practices and money laundering to the forefront. The ongoing trial of Paul Manafort, a high-powered lobbyist and former Trump campaign chairman, has shed light on a shady Eastern European universe populated by oligarchs as well as lobbying operations disguised as sham think tanks and retired European leaders selling what’s left of their influence. His trial has increased popular awareness of Russian influence buying. Moscow’s funding of anti-Western political movements — labeled as “corrosive capital” by one development organization — is now under greater scrutiny.

But putting an end to the malign influence of illicit financing will be a major challenge, requiring a bridging of the divide between different constituencies in terms of expertise and interests. Bringing this vast network of entrenched special interests to heel will demand a concerted political and popular effort.

Technical know-how will be vital to ensuring that the momentum of such an overhaul isn’t hindered by a failure to grasp what will no doubt be a highly detailed set of new and revised rules and regulations.

Writing in the “New York Times,” David Klion made a compelling case for the political side of the equation by forcefully arguing that everyone, in particular those on the left, should pay close attention to the Trump-Russia scandal. Though mainstream Democrats wield it as an anti-Trump tool, the scandal, as seen by Klion, has deeper and more serious implications.

But politically-minded calls for popular action against lobbying-driven financial corruption, while useful in raising general awareness, are far from enough. What makes criminal financing so difficult to regulate (let alone control) is its multi-layered complexity. At a national level, rules and their enforcement differ between agencies, administrations and regional governments. Such differences are amplified at an international level, where jurisdictions collide or overlap. Some nations still consistently offer tax havens and lax regulatory oversight to entice the wealthy and attract greater investment.

Before making any attempt at regulation, it is essential to understand these rules and the difficulties associated with reforming them.

Tom Keatinge, a London based analyst who focuses on countering illicit financing, recently offered a useful historical perspective on Russia’s growing underground activities, including how hard it is to dismantle them. His comments came after the March poisoning of former Russian military officer and double agent Sergei Skripal and his daughter, who were attacked in Salisbury, England, allegedly by Russian agents.

In the aptly-titled “Rolling Up Russia’s Red Money Carpet in the UK,” Keatinge asked why Russian money landed in London in the first place. The answer was “light and limited,” read lax, UK regulators, who tossed in perks like a welcoming investor visa “scheme.”

Former Trump campaign chairman Paul Manafort Jr. has exposed the extent of Russian lobbting and influence-buying during his ongoing trial.

As for what Britain could do to establish blocking mechanisms, Keatinge cited a host of technical problems.

For now, there was little Britain could do, he wrote, “to reverse 20 years of neglect.” “Dirty money,” he continued, “has mixed into the economy beyond recognition and separation.” Though Keatinge outlined some potential remedies, he made clear the yawing gulf between needed measures and available fixes.

Examining the options both in political and policy terms is instructive, since neither one alone can induce change. The political side lacks the expertise to fully fathom a Manafort-style operation. Policy experts could easily provide all the details of Manafort’s illegal money schemes — in football jargon “the xs and os”– and how banking authorities should or could have stopped it. But that knowledge could run into a political roadblock, since financial regulation decisions are more political than technical. In Britain, as Keatinge points out, attracting investment was a goal shared by both the Labor and the Conservative leadership. Both actively fought measures intended to counter illicit financing, which they worried might endanger “the competitiveness of the City of London.”

Policymakers seeking to learn from the Trump-Russia scandal will need to find ways to bring these two approaches together so that they complement each other.

There are objective reasons for hope. Congress, though deeply divided politically, recently heard testimony that led to in-depth discussion about Russia’s extensive use of dirty money and the extent of its influence-peddling schemes. Policymakers with foresight must now find the means to make their technical knowledge more political so that anti-corruption politics can become technical.