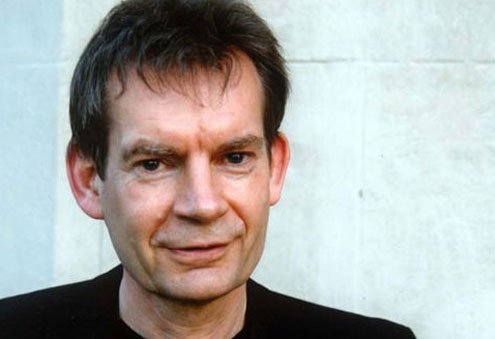 Graham Swift, one of Britain's best writers, makes a "comeback" all his own.
&

#8220;There is no end to madness, Jack thinks, once it takes hold.” He stares from the window at the rain-drenched slope to his Lookout Caravan Park. Edging the Isle of Wight’s southern coast, the park’s 32 white units judder in a winter gale. Beside him on the bed, the old, loaded shotgun is the same his father put into his own mouth. That was two decades ago, back at their farm in Devon. After the English countryside went bust during the mad cow disease. When Jack lets the memory return, he can still see and smell the flaming stench-pyres of hoof and udder.

By the end of Graham Swift’s ninth novel, “Wish You Were Here,” Jack Luxton will have to do something with that loaded shotgun on the bed. He believes he knows what it is. And is it such a surprise? All his life, the shape of the past has borne upon the present.

He can’t forget how the experts predicted that Made Cow Disease would someday rage up in humans. “So it had flared up now in him and Ellie.” Isn’t she crazed beyond talking to? And out now in their car. Getting the police to come and have her mad husband put away.

Swift’s latest is a genuine turnaround novel. One which flings readers far from the Facebook avatar-game, and from the current rush of Identity Question novels, in which re-inventing yourself is the game. Swift dwells instead on the fateful individual struggle to survive. Not as “new” character — but as unique self.

Don’t be fooled by the “Wish” referent to an old, sugary popular song. This is a novel of quietly deep emotions, of figures reluctantly captive to geography and family history. It’s a tale to savor in slow-read. Even the author’s sentences indulge hesitancy, through their heavy reliance on asides and interrupting phrases. And if real time between first and last scenes is but an hour, the past presses into the tale like a timeless, cyclical life force.

In this new work Swift again calls up his signature take on the thin slanting light and the dark patches in English rural life. Here, he engages through meandering flashbacks. All framed within the loaded-shotgun opening and close. These back-glances belong to Jack, Ellie-youthful lover, then 50-year-old wife-and even to his dead brother Tom.

Of country origins, they’ve had to adapt to a changing England. And for years, Jack and Ellie really had slipped away from their Devon destinies. Until this rain-gutted evening. Moments before we meet Jack, they had that violent tear-away. Accusations erupted between them like a sudden shot burst. Maybe like the one in Iraq that killed Tom, dead in this new war nobody seemed to understand.

Even before the mad cow disease bankrupted the Luxton’s Devon farm, Tom had left. Run off from the bitter life with father and farm. Gone to the army, which was glad enough to get fighting-angry lads. That was long before Jack and Ellie’s own chance to escape had come. We’re leaving for the Isle of Wight, Ellie’d said: “Think of the future.” And it felt like a new life: heavy, solid Jack brightening the summer caravan scene with his bright Hawaiian shirts.

Until, without hearing from Tom once in all that time, he had come back. “Another piece of what’s gone by returned.” Though Tom’s arrived in a military box. From a war which has altered the face of rural England even more than BSE and the Hoof and Mouth had. For all the young Toms are gone to the war, the farms sold up.

As last remaining Luxton, Jack travels to the mainland from his Island, retrieves Tom’s coffin and with it makes a cross-country funeral trip to the local Devon cemetery. Where there’s a special monument to Jack and Tom’s great Uncles, local heroes in World War I. So it shouldn’t be a surprise either that another Luxton war dead has come to lie in the ground beside them.

But that coffin trip, and Ellie’s refusal to accompany him, it all stirred up memory. About her father dying of cancer so conveniently, when Ellie had no other way to leave him. About the night his own father stole from the house where Jack must have been asleep. He strode to the great oak, sat at its foot, and put the bullet through his mouth. At novel’s end Jack hefts that same shotgun, puzzling over the captive nature of lost days.

If “Wish You Were Here” doesn’t carry the iconic punch of Swift’s much earlier, and unique “Waterland,” it’s an undeniably strong, powerfully wrought novel. A fine read. Of great gravity, and compassion.