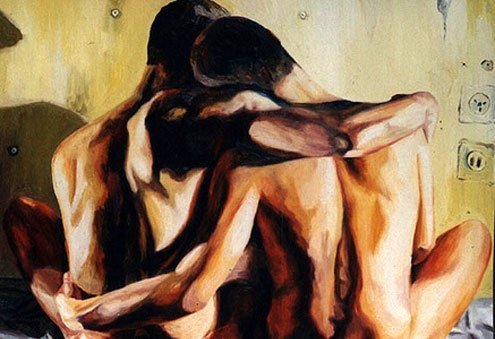 Life for Matteo is often difficult, uncertain and even frightening.
B

y the time I left Toronto I’d often hear friends applying the word “devastated” when someone inconvenienced them by canceling a dinner date, when they got a bad hair cut, even when a sales item was out-of-stock.

We’re fortunate to live in Italy or North America. Most of us will never really experience devastation. We won’t have to forage for food or defend ourselves from constant mortal violence. We have choices.

I’ve always thought of my life as a road trip with lots of ruts and queer turns. The choices I made and the road I took gave me a place among the hordes of over-educated and semi-employed. In no small part, my decisions, and how I viewed them, were determined by the fact that I am gay.

This was not a choice. It was a given. Growing up in a rural village, I didn’t fit in. Only afterwards did I realize that I never would — not in hetero society, rural or urban. Maybe the right choice would have been to live a double life (like so many public figures and VIPs) in which an acceptable (and respectable) lie conceals a guarded hidden truth. The price of this road was too high for me.

I instead chose the road less traveled. I froze in the drizzly and mosquito-infested forests of Canada, explored Maya ruins in the jungles of Belize, and roasted in the desert sun of Egypt and Jordan. I slept in hammocks and on dirt, traveled in the backs of trucks and on the roofs of buses. I ate cockroaches and drank unsafe water. I lost 10 kilograms from dysentery and nearly died from malaria. I also earned a PhD in anthropology, feeling all the while that I was uncovering secrets to explaining human and social behavior that might change the way we live.

The cosmic winds have since sent me in a new direction. I work in a Milan bank. I teach. I wear a tie three days a week. The rest of the time I dress like so many aging North Americans desperately trying to hang on to their youth.

The people at the bank are a different breed. There are young men with peach-fuzzed faces wearing old-man suits and young women with daytime make-up that seems to say something other than sweet and fresh. They merge and acquire. They generate capital and, with luck, wealth. We need them. For now, they’re too young to be the stars of the banking stage. They are silent actors in a financial theater that ensures the survival and proliferation of the Italian and European economy. They live in a world that allows them little space to express their distinctiveness or individuality, especially if that might include being gay.

Then again, their motivations are not altruistic or socially conscious. Capitalism doesn’t work that way. They work 12-to-14 hour days, six days a week. Though their rewards have been greatly reduced since the global economic crisis, being part of the big show and the promise of a new Audi, fine restaurants, and a nice apartment still drives them. Many of them will likely reach their goals. Along with the security of wealth, they’ll be respected and envied members of society, if they are not already.

But I can’t help but wonder if they’ve made a fair trade; youth for shiny trinkets?

Take my friend Matteo. He earned an architecture degree in Messina and began to work in a local firm. Matteo is gay. After a few years spent trying to adapt, he moved to Rome to become a theatrical actor. He had no formal training or experience and he was too old to start acting, dancing and singing lessons. He also needed to support himself. So, with not much more than his height and good looks to his name, he landed a non-speaking part in an opera. Six years later, he’s been in a number of operas and musicals around the country.

A couple of summers ago he was in a production of “Death in Venice” at the famous La Fenice theater in Venice and invited us to come. Afterwards, he took us on a walkabout through the back streets of Venice; to the places tourist don’t often go. He, too, was a stranger, but he navigated the dark streets and alleyways like a native, arriving at funky little bars where hosts greeted him by name and offered us free wine and cocktails. By the end of the evening we ended up at a wooden dock on one of the larger canals. Young people sat, laughed and drank beer. As I watched the people and boats, I thought to myself that this was how I wanted to see Venice.

Last month, Matteo invited us to Bologna for a production of “Don Giovanni.” The highlight comes when Don Giovanni is condemned for bad behavior. Matteo and three other silent actors emerge from under the stage, painted head-to-toe in white, and drag poor Don Giovanni down into the inferno. A little old lady seated directly behind me was startled, “Oh, my goodness, I didn’t expect to see nudity with Mozart.” The actors were in fact completely naked.

Life for Matteo is often difficult, uncertain and even frightening. When he’s between productions his day-to-day is precarious. So far he has earned enough to support himself and pay rent for a room in a shared apartment in Rome. He’s content as a silent actor. He knows he’ll never be rich or famous. RAI will not profile him when he’s old. I admire his courage. He reminds me that the right choice is not always the surest road.

My reward, in turn, is a youth well-wasted.