The road to Andorra 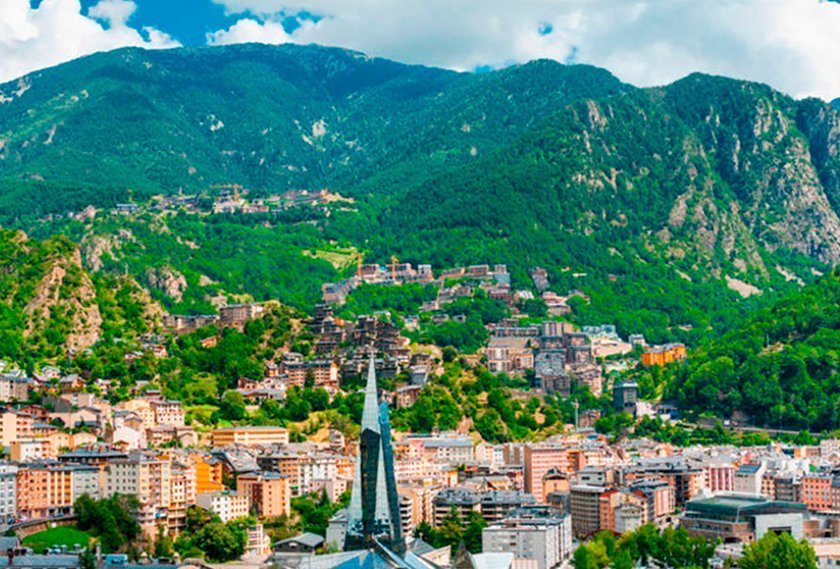 Andorra: Shelter from the storm? Not quite.
T

he tiny principality of Andorra inadvertently wound up in the news over a recent controversy stirred up by President Donald Trump comparing COVID-19 mortality rates in the United States with those in other countries.

During a recent interview with Fox News’s Chris Wallace, Trump erroneously said the U.S. had the “best” mortality rate in the world and accused Wallace of falling prey to “fake news.”

Trump ‘s “best” remark was based on a potentially misleading case-fatality graph that calculates the number of deaths by the number of cases of coronavirus, a number that fluctuates from country to country based on the extent of testing they’ve done.

According to Johns Hopkins University of Medicine’s Coronavirus Resource Center, the U.S. has the 10th highest mortality rate related to COVID-19 at 43 deaths per 100,000.

But what caught my attention was that Andorra was ranked fourth on that list, right behind the United Kingdom, with 67 deaths per 100,000.

We were intrigued by Caldea, the spa where people floated in hot tubs that looked like giant petri dishes.

Andorra has fewer than 900 infected.

Looking at the numbers that way, one might prefer to be in Andorra, at least these days.

My girlfriend and I had an opportunity to visit Andorra two years ago while we were traveling around Spain and France. We’d been intrigued by the country’s location high up in the Pyrenees, its lure of tax-free and duty-free shopping, and online photos of a strange and beautiful spa named Caldea where people floated in hot tubs that looked like giant petri dishes or soup tureens.

With visions of a sylvan spa dancing in our heads, we climbed into the Pyrenees in our four-wheel-drive Nissan SUV. Green villages along rivers gave way to steep mountain roads with hairpin turns, ski chalets, and cable lifts.

After crossing the border checkpoint, we drove into the center of the small country’s capital, Andorra la Vella. Traffic was non-stop bumper to bumper, and buildings were jammed one on top of another.

After the stunning mountain landscape we’d traveled through, the packed streets of Andorra la Vella felt claustrophobic. A shopping mall disguised as a city with a few historic churches.

It had been a long day. We were stressed and our nerves were frayed. All I wanted was to find our hotel and soak in the jacuzzi after a nice dinner. But it would take another 24-30 minutes of threading our SUV like a needle through the urban tapestry of the busy beehive of Andorra.

As big as it was, the Hotel Llop Gris was not easy to find, offset from the main road and surrounded by construction equipment. We drove past the hotel once before realizing the construction site was where we were staying.

Finding the driveway up to the main entrance across from the ski shop was a riddle. We had to wind our way through the construction site, cross over a rickety metal bridge spanning the river, and wind through a narrow road to the seemingly empty hotel and ski resort.

This was the off-season so it shouldn’t have surprised us that the place was nearly empty, but it still gave off a creepy vibe that made The Overlook Hotel, in Stephen King’s “The Shining,” seem like a Holiday Inn Express. I could hardly wait to run into the twins or that ghostly bartender. Here’s Johnny!

I asked if we were the only guests. Ski season wouldn’t start for another two months, but the concierge, Herman, assured us there were other occupants staying the night. He also said he’d been waiting for us and couldn’t believe us when we said we drove past twice before realizing this pile of rubble was open for business.

The hotel was actually just outside of Andorra La Vella in a little town of 1,700 meters called El Tarter. It’s a multi-story, oversized 60-room chalet of stone and wood and concrete situated along the river, Valira D’Orient. We rode the elevator down from the lobby to our hotel room floor and got situated before exploring the rest of the hotel.

The place had a weird western-medieval feel. There were photos of 19th century bucherons, or lumberjacks. There was a brass plaque that told the story of a dormitory once situated where the hotel now stood. In the lobby was a brass tub that had something to do with that history.

The restaurant had a giant display window full of hanging carcasses.

We found the indoor pool and gym area, changed into our bathing suits and soaked in a very tepid jacuzzi. At least the jets worked. We took a quick dip in the pool, which had a panoramic view of the river below. Then we sat in the sauna to warm up before drying off and changing back into our street clothes and heading out to find a place to grab some dinner.

We walked down the hill to a cluster of buildings that constituted the village. After checking out the options we settled on the Restaurant Manacor.

Its entrance was composed of a mélange of potted hedges and plaster statues leading to a giant display window full of hanging carcasses. Cows. Pigs. Chickens. Ducks. We were escorted by our hostess through a large dining area to a table for two with a checkered tablecloth. I must say the service was great, the portions huge and the food delicious.

The next morning we went for the free breakfast in the hotel dining room, giving us another opportunity to survey the bizarre interior decorations. An antique wine press. A giant soup caldron still used to feed the masses during ski season.

Confirming our suspicions that the place was in fact empty aside from the help, we had our pick of tables in the dining room. Herman, the concierge from the night before, was our host. As he sat us at our table he explained  that the hotel had been built in 1985, and that the owners were collectors of antiques and old paintings, which they displayed all over the hotel.

After breakfast we had another look around the main dining hall and lobby. Off to one side was a separate, glassed-in room, full of circus and theater memorabilia. A popcorn cart. Puppets. Harlequin clown costumes. Antique saddles. A circus tent and a red caravan, a life-size version of the kind you’d find on a box of animal crackers.

The only thing missing was a calliope and some lion tamers and elephants.

We’d had our fill of Andorran resorts for one trip, and didn’t bother to go in search of the people-filled soup tureens of Caldea.