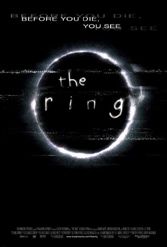 Naomi Watts is believable as journalist Rachel Keller, who wants to get to the bottom of a story about a videotape that kills those who see it within a week. The skeptical Keller finds the mystery tape and watches it uncomprehending. She taps Noah Clay (Martin Henderson) to try to explain some of the perplexing images. Gore Verbinksi, remaking a Japanese horror classic, does nothing wrong. Keller and son Aidan (David Dorfman) seem genuinely frightened and Verbinski tightens the noose effectively. But this is horror. It’s supposed jump off the screen. It doesn’t because the Pacific Northwest mood, while invested with the requisite stormy skies, never seems to pull characters along with it. If there’s a ghost in the machine, and there is, give it more suspenseful, credible space in which to thrash around. Or get a DVD player.