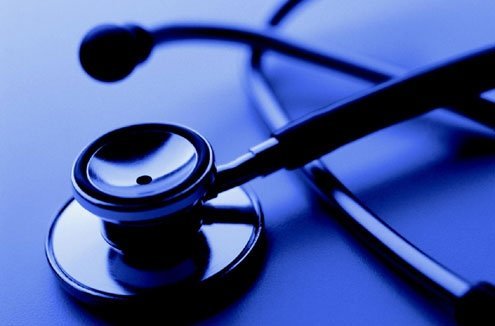 Free medical care is about the helping citizens of a society live together better.
I

n 1991 Nepal began a revision of its national constitution. A year later, the International Development Law Institute in Rome asked me if I could help familiarize a visiting Nepalese attorney with essential information regarding the U.S. Constitution. He was in Italy studying the constitutions of a number of countries to try to improve Nepal’s own version. At the time, Nepal was studying the introduction of widespread social and political reforms.

Every day the earnest young attorney arrived punctually at 9 a.m. dressed in a shirt and tie. It was a sweltering week in July and in those days our offices had no air conditioning. He studied through the day, taking notes, and rarely looking up from the books I gave him.

His moving dedication led me to ask a fundamental question: What I would do if I had the opportunity to revise the American constitution? What would I consider of fundamental importance? I would of course revisit my government’s structure and balance of powers, its electoral procedures, the printing of money, and use of the military. Then I’d rub my hands and get down to individual rights and protections.

Imagine being able to examine anew the right to keep and bear arms, freedom of speech, the press, and the exercise of religious and political expression. I would certainly focus as well on the right to privacy, artistic copyright, and world-changing Internet issues.

Then I would get to health care.

Medical care is a profoundly personal issue. Like other basic rights, health care policy helps define a country’s identity. In the way it balances individual rights and the collective good, health care has an impact not only on how citizens feel about their country, but also their relationship to each other.

Many of us who live and work in Italy have had firsthand experience with its constitutionally assured national health care system, ranked one of the best by the World Health Organization. Article 32 of the Italian constitution states: “The Republic safeguards health as a fundamental right of the individual and as a collective interest, and guarantees free medical care to the indigent.” The right to health care is woven into the Italian social fabric. It provides a real sense of security and wellbeing by guaranteeing medical care to everyone, whatever their economic level or political belief. Need always comes ahead of pre-existing conditions.

For years, I have ridden to work each day in Rome on a restored Vespa. One morning I drove over an oil spill and took a hard fast fall, dislocating my right shoulder. A bystander called an ambulance. It came quickly and whisked me off to the emergency room of the closest hospital. My shoulder was X-rayed and bound in a firm arm sling. I asked the doctor about cost. “Nothing,” he replied: the national health care system would cover the ambulance and my care. Had a similar accident happened to someone visiting Italy from anywhere in the world, the answer would have been the same.

Contrast this with a recent trip I made to Hawaii for a Christmas family vacation. Work leading up to the holidays was intense. I barely made my Rome-Los Angeles flight, catching up to my wife and son before heading off to Honolulu, jet lag mounting. My first night in Hawaii I woke up at 2 a.m. with my heart pounding. After two hours I decided I’d better see a doctor. The hotel called, and in minutes a shiny new ambulance sped to the entrance. Three SWAT-team like medics assisted me aboard and wired me up for testing.

Next thing I knew we were headed to the hospital — “no arguments.” I was rushed in, checked out by a physician, and assured all was well. I had suffered an adrenalin surge. The next day, on Christmas morning, a hospital official called to ask for my credit card information. Since I wasn’t a resident of Hawaii, they wanted immediate payment of $2,300.

Excellent medical care exists in many countries and each system has its costs. But the final decision isn’t about money. It’s about policies that reflect whether we want to live together or on our own.

Article 16(2) of the 2007 Interim Constitution of Nepal, the first constitution created by the Nepalese people, states the following: “…every citizen shall have the right to basic health care free of cost from the State as provided for in the law.”

If I were rewriting the U.S. Constitution I don’t have a doubt in the world what I’d decide on health care.