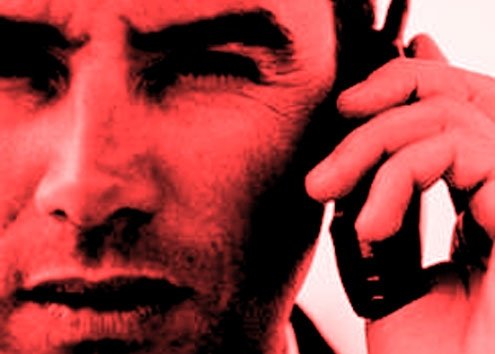 I could have been anyone...
D

avid and I were colleagues. We were attracted to each other when we shouldn’t have been.

He was married and had a son. But our eyes met and the power of that look was magnetic. We would meet after work and we’d hide in a dark recess in the corridors under the building like high school sweethearts. We embraced hoping no one would see us. We kissed simply, like friends learning how to be lovers. He wanted more, and pressed. We were both conflicted.

He worked on the 18th floor of our Midtown office tower; I was on the fifth. Waiting in the lobby for an elevator up, he’d secure a lift for the two of us. He’d press 28 so we could have some time alone. We held our breath as we passed each floor hoping no one would get on. Then he’d look at me.

“You have the most amazing eyes, has anyone ever told you that?”

He had, many times.

“Sometimes I have to turn away from looking at you, your eyes are so intense.” I would smile and blush.

Arriving at 28, we’d embrace and exhale, savoring the secret moment. Then the elevator began the slow descent. We’d get off at our respective office floors recomposed, exuding corporate decorum.

It was later that summer that we were both invited to an outdoor brunch event. I looked forward to seeing him outside of the confines of the office. But it was there I met his wife.

Fair with brown hair, I sat next to her in the garden inadvertently and struck up a conversation. I liked her instantly. She was confident and witty, if not a bit cynical in a smart and direct way. As we sat together, she looked over at David. He was on the other side of the yard having a drink.

“I wish David would do more with his life. He hasn’t really amounted to anything.”

It was then that it hit me and I gulped. I was having a lively chat with David’s wife. I sat dumbfounded for a moment before regaining my composure.

“How long have you been married?” I asked with as much innocence as I could muster.

I was quiet, feeling strangely voyeuristic.

“I’m in Med school,” she offered suddenly. “When I finish and find the right position, then I can change my life. I just need to stick it out a bit longer.”

We both looked at David and saw a different man. Was it any wonder he was flirting with me when his wife felt this way about him? And what was he like to be married to? Listening to her it didn’t sound like fun. The juxtaposition of knowing David and hearing her frustrations dizzied me.

I watched them leave the party together. They interacted without affection, negotiating a stop in Brighton Beach on the way home. They argued about the best route.

“You say that every time and then we get lost. There’s no way you’re driving.” She spoke matter-of-factly.

“Okay, whatever. You win,” he replied defeated, shrugging his shoulders.

After that party, I avoided running into him. The elevator rides stopped and I withdrew from meeting him in the corridors. When he asked I told him I was too busy. Without the contact, the attraction faded away. Time passed and I was grateful.

Then recently, I received a call from David.

“I’m getting divorced,” he announced. “The separation is official and she’s moved out.”

I was quiet when he told me. Though the news was sad, I wasn’t surprised.

“I’m Okay,” he repled, but it sounded canned. “It happened over six months ago. I just didn’t tell anyone. You knew I wasn’t happy in my marriage anyway.”

“Now that my son is off to college, it’s just me in this big house. It’s so much space for just me. I’m not sure what to do with it all.”

He described his house to me during our secret talks in the corridors years ago. I imagined him walking around the landscaped yard, cooking dinners in the kitchen he just remodeled.

Hearing his voice again reignited old feelings and I let my mind wander. I imagined myself in the house with him experiencing the privacy and freedom we longed for before. Finally our moment at the top of the elevator could last as long as we wanted.

I waited for the invitation to get together, but it didn’t come.

“My life is completely different now.” He spoke in stream-of-consciousness, somehow forgetting to whom he was speaking. I could have been anyone.

“I’m learning how to have my own life and some of it has been good. I have no problem meeting women, Geez. I get approached all the time. It’s a bit overwhelming. But they all want to get serious and have a relationship. I just can’t trust women now after what’s happened.”

I replied but he just kept talking.

“I just figured I should tell you. But I have to run now. I’m meeting my son for lunch.”

“Aright, then,” I said flatly.

Like an elevator falling too fast, my stomach felt wheezy and upside down. As I hung up, it hit ground.

“Good-bye” was all he said.