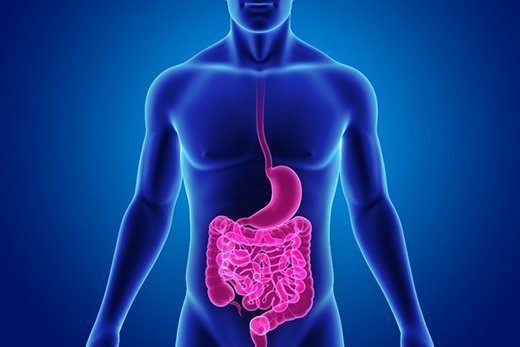 Questions about Crohn's Disease opened the door to the author's adventures in medical research.
T

hroughout 1980, when my Rome medical practice was just getting under way, money barely trickled in — those were the pre-euro days of the Italian lire — and my ex and I were living hand to mouth. It was a godsend when I landed a half-year paid internship on Dr. Cosimo Prantera’s gastroenterology ward – $190 a month may have been chicken feed, but it helped keep the pasta on our plates.

Professor Prantera’s specialty — all Italian specialists are deferentially known as professore — was Crohn’s disease, a serious and potentially fatal inflammatory condition that affects the intestinal tract. Part of his standard treatment was a strict no-residue diet. Fruit-and-vegetable loving Italians were forced to buy centrifugal juicers so they could consume their peaches and spinach in liquid form.

This amazed me. My medical school alma mater, Mount Sinai, in New York City, was where Dr. Burril B. Crohn had first described the disease in 1932, and the hospital was still the world’s foremost treatment center. At Mt. Sinai, Crohn’s patients were allowed to eat anything they wanted.

When I pointed this out to Prantera, he replied, “In my opinion, fiber puts strain on the sick bowel. Prove me wrong.” I searched the medical journals (quite a production before Google), and, to my surprise, found that nobody had ever studied the issue. So a month later, there I was, trying to test the question scientifically by dividing random volunteers into two groups, those with normal and those with low-residue diets, and comparing the differences. Sheer pigheadedness had launched my research career. 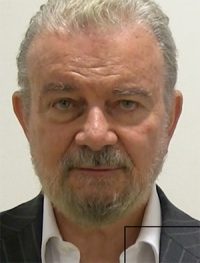 Dr. Cosimo Prantera: “In my opinion, fiber puts strain on the sick bowel. Prove me wrong.”

With Prantera backing me up, it was easy. Between medical staffers with time on their hands and young volunteer doctors eager for brownie points, I succeeded in assembling a terrific research team with zero funding, spent three years hovering over it, and managed to get our results – proving the Mount Sinai approach was basically right – published in a prestigious journal with a wonderful name: “Gut.”

That was all the research I did until six years later, when my first marriage broke up and, to maintain my sanity, I needed to find ways to fill up my time and my brain. This time I could choose any topic I wanted, so long as patients in the gastroenterology ward were willing to play guinea pigs. As an ex-wannabe-psychiatrist I decided to go for the psychosomatic angle, figuring it would be a cinch. After all, we had plenty of ulcer patients on the ward, and “everybody knew” ulcers were caused by stress.

Who could have guessed that the Helicobacter pylori bomb was about to explode? Within a year of starting my study, “everybody” knew ulcers were due to Helicobacter infection, putting the whole stress concept on the trash heap. It seems doctors couldn’t fathom the idea of two causative factors at once. It had to be one thing or another, without any shading.This either-or thinking was dumb then and has since been proven even dumber.

I didn’t mind that the work was pro bono, since research kept my mind alive and my toe in public medicine. The research assistants contributed their own free legwork to help worm their way into a real job. A statistician I’d met at a party volunteered his time, out of friendship. The staff doctors helped because they were told to, and the ward psychologist, whose usual job was to provide counseling and support, was naturally more than happy to come on board. Everyone’s generosity was fortified by the promise of publications to fatten their CV’s. In the U.S. I would have never wriggled my way into medical research, at least not that way. There, if your grant fell through your next move was to pack up your marbles and go home. If ever a study is accomplished on the cheap, its results are easily tainted with suspicious looks —major funding, good; modest funding, bad.

In the United States I would have never wriggled my way into medical research without grants.

For all but three of my 18 research years at the Nuovo Regina Margherita no money changed hands. And when we did have a brief flurry of funding, it came not from Italy but from the U.S. I learned that the American National Institutes of Health would finance foreign research, filed an application, was turned down, so applied again. I kept reapplying until I managed to win a grant. It started out small and was reduced to peanuts by the Italy’s 20 percent inflation rate. Still, it was manna from heaven.

After my NIH grant was approved it needed only a rubber stamp from the local health council, which is when the whole project was nearly squelched. It seems the councilors couldn’t believe we had gotten the grant without a bribe. They were petrified approving the project would land them in handcuffs. At a time in which an Italian Supreme Court justice was notoriously in the pay of the Mafia, they could hardly be blamed for being sensitive to corruption. In the end Prantera’s powers of persuasion in saved the day, but I’ll never know exactly how he made the winning pitch.

But before his meeting with the health council, he made a wise move. He decided to keep Americans prone to volatile outbursts from tripping up his diplomacy. So it was that I was prudently shut out of the meeting. And he won the day.