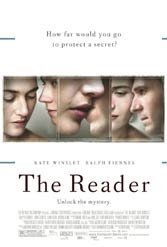 For a film that starts off with repetitive succession of explicit sex scenes between a 15-year-old boy and grown woman and ends up being about the Holocaust, it’s a strange accomplishment that director Stephen Daldry’s “The Reader” so closely resembles a Disney movie. Told in a series of flashbacks by a divorced and withdrawn Michael Berg (Ralph Fiennes), we learn of his torrid boyhood love affair with a thirty-something trolley ticket-taker, his discovery of her horrific past, and his later-day attempt to resolve his emotional torment. No Holocaust cliché is avoided: from camera pans of the Auschwitz ovens, empty barracks and stacks of shoes to an embarrassing final scene with a righteous survivor.

The actors do their best with the material. David Kross, as the young Berg is endearing. Winslet as Hannah, the hard-edged, working-class seductress hungry for literature is believable. Later, (spoiler alert) as a defendant in a Nazi war-crime case, she just as convincingly portrays the opaque amorality of an uneducated camp guard. (The performance won her a best-actress Oscar.)

But here lies the fatal flaw of the film: the heavily implied link between ignorance and capacity for evil; the message that literature leads to moral evolution. History bears no such lesson and the attempt to make it becomes the final hackneyed trope that sinks “The Reader” into a half-baked stew of reassuring platitudes.