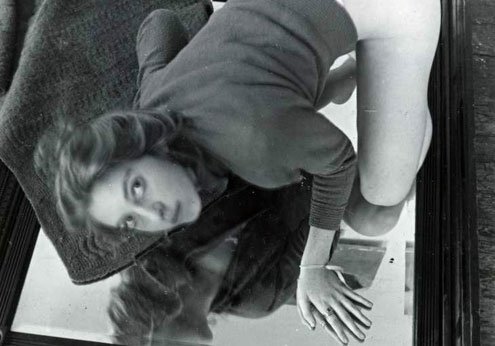 I began sensing what men expected from a fantasy woman...
A

fter learning the basic lessons I mentioned in earlier columns I decided to change my approach. “My clients choose me” became “I choose my clients.” I began saying “no” more often. I started picking men who attracted me in some way. I began paying more attention to what my clients thought and started digging deeper into their lives, chatting about their problems and asking their opinions on a host of subjects. Over time, I met a number of interesting men who would become teachers of a sort. They came from different backgrounds, giving me a wide view of the business world, money, family life, and relationships in general.

I also began sensing what men expected from a fantasy woman, which I then did my best to turn into. That may sound like acting but it’s not. I wasn’t faking. While staying within my own limits, I also tried showing off different parts of me depending on the client. Gradually, a few of them started telling me I was “special.” At first I paid little attention. Men are exceedingly good with compliments, particularly when money’s at stake.

I knew I was intelligent and attractive, which had always been my main weapons. But I never saw myself as special. I had no idea that I could have power over men.

Until I met my next client. He was 41. On the phone, I immediately liked the calm and soothing tone of his voice, almost hypnotic. We spoke easily, as if we already knew each other. His name was C. and when I finally “interviewed” him he lived up to my expectations. He was good-looking and well mannered. It didn’t feel like a business deal, and I liked it.

Sex with C. was tender and passionate. We chatted afterwards and he gave me a few details of his life and feelings. I listened and analyzed, which I always do, and began picking up on what he might be looking for in a companion. In general, it was a good and pleasant meeting.

A few days later, C. was in touch again for a second meeting. I remembered the tenderness of our first meeting and returned to those feelings. With C., more than anyone else, tenderness was the rule. He made me feel very feminine, which is exactly what he wanted. He excited me because he didn’t behave like someone who wanted sex. His near-shyness was a turn-on. I felt like I was gently and innocently seducing him, but repeatedly. I liked these little “victories”; he relaxed me. While I had to overcome personal resistance to like other clients, C. demanded no such effort. He soon became my favorite.

He also surrounded me with comfort; he cooked; we talked and laughed. All of which was fine until I began sensing he’d stopped seeing me as someone he’d contracted to keep him company and please him. In his mind, I’d turned into someone else.

One day C. sent me a text message that began to make things clear, at least in his own shy way. She said that while he knew “I wouldn’t pay attention,” he wanted me to know there was something “special” about me – that word again – and that he enjoyed our time together. “I’m sorry for this message, but still I just wanted you to know.”

The text made me smile, though I didn’t take it particularly seriously. Compliments come easily to Italian men. Still, his remarks fed my ego.

Nothing seemed different when we met again, at least not for me. But after that the tone changed. His text message read: “You’re dangerous. You’re like a drug. I can’t stop thinking about you.”

I felt uneasy. Should I believe him? Or was he trying to get my services for free, which clients have done in the past.

Everything became clear the next time we met. I had a hold on him. His feelings for me were strong and evident, and they scared him. He’d been hit by something he hadn’t expected and probably didn’t need. “My God,” he told me, “for once I just wanted to relax and have sex without any obligations. Then you come along and turn my mind upside down. I don’t understand how it happened.”

It’s easy enough to see me as a naïve young woman duped by casual lies of a mature man (like the married lover who constantly promises to leave his wife). Unfortunately, for him at least, the feelings, and the anxiety, were sincere.

I had the power and it startled me, at least at first. Getting more money from him wouldn’t have been difficult, but that’s not my way. I understood him. I’d been in a similar situation with a man. Instead of using the power against him, I used it to try to keep the relationship alive. Maybe I didn’t share his feelings, but I liked him and saw him the most tender and caring man I’d ever met.

We both knew our relationship couldn’t last or grow. We maintained our business relationship and became more than friends but less than a couple. I sensed he was jealous of my other clients. He rarely asked about my work, because doing so just hurt him. One side of him feared me while another desired me.

On my side, he was my “emotional food,” a client to whom I wasn’t attached but cared about. I enjoyed him as much as I could.

The relationship with C. made me think harder about the “special” label. I began paying more attention to the power I had over certain clients, some of whom had turned wildly possessive.

Maybe I was waiting for a client who had a power equal to mine. Soon after, I met him.