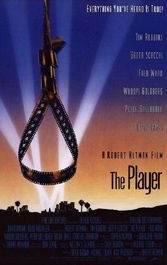 This is Robert Altman’s most accomplished film because it works outside his ensemble tradition and successfully targets his own establishment. His focus is Griffin Mill (Tim Robbins), an amoral studio executive who does whatever it takes to bet on the right writers in Hollywood. His humdrum world is false promises and artifice. But when he turns down one particular script, the humdrum comes undone: murder and personal destruction follow. Altman’s mother-of-pearl Hollywood parable combines cutting insider knowledge with sleight-of-hand parody. In the cavalcade of actors and directors, it’s hard to know who doesn’t have a cameo in this movie, which makes its watching all the more the delightful. A love-hate masterpiece about movie-making with an haunting score by Thomas Newman.