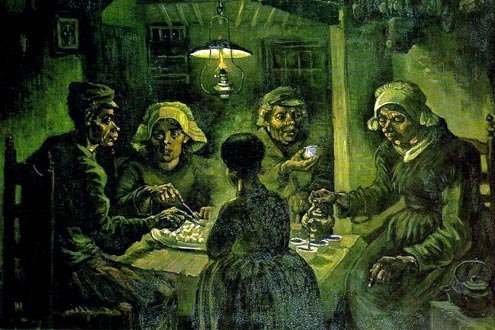 ‘è crisi — it’s crisis time: there’s no way around it. Our former prime minister insisted the opposite as recently as last fall, when he told the world that Italian restaurants were packed to the hilt with happy folk spending money right, left and center. But that was 2011. Welcome to 2012, which finds Italy’s economy poised on a slippery slope and trickling south faster than melting butter. Even the rich and famous are scrambling for cover.

On any given week, strikes and gasoline shortages have the country on an eerie war-like footing. Daily market staples aren’t as ample. Nor are usually abundant foods. My neighborhood supermercato has aisles out of Communist Poland.

Taxi drivers have been striking on and off to protest government measures intended to award more cab licenses, part of an overall effort to liberalize the labor market. The thought of making drug stores more competitive by allowing more of them has pharmacists shaking in their lab coats. They have their own strikes in store.

There is no denying we’re looking at hard times ahead, where saving is survival, and counting pennies and cutting coupons routine. Dining out will remain an option for few fortunate foreign wayfarers and revolutionary nonconformists. But for others, pick carefully. Here’s my shortlist of where to score a value meal, and still feel like living La Dolce Vita:

— Tonda Pizza is a wallet’s healthiest meal. For the city’s best pies under €20 head over to Rome’s newest hip address, located far from the madding tourist crowd. Tonda serves both classic pizzas and any number of tasty gourmet variations. Don’t miss the “Greenwich,” topped with mozzarella, blue stilton and drizzled with a creamy Ruby Port reduction; or the “Cacio e Pepe,” with oozing melted pecorino, served already sliced and with a peppermill available to the audacious. Tonda. Via Valle Corteno, 31 (Batteria Nomentana). Tel. 06.818.0960. Open daily.

— Open Colonna How about a gourmet lunch in a transparent loft atop Palazzo delle Esposizioni while rubbing elbows with stars — for only €16? Read on. Celebrity chef Antonello Colonna offers a choice of two weekday buffet menus or a nifty €30 Sunday brunch, all of it catered by his astonishingly talented kitchen crew. Be sure to try the house Panzanella (carved from a meter-long loaf). All the Roman cuisine classics are excellent, topped off with a stellar panna cotta served in shot glasses made from dark chocolate. Open Colonna. Scalinata di Via Milano, 9/a (Repubblica). Tel. 06.4782.2641. Closed Monday.

— L’Asino D’Oro The lunch menu is among the best deals in town: €12 for hors d’oeuvre, a pasta dish, entrée, water and a glass of wine. Umbria chef Lucio Sforza is not only an experienced kitchen hand but also a master at marketing his ever-migrating eateries. His first restaurant, in Orvieto, “La Volpe e L’Uva,” drew raves. Then came “L’Asino D’Oro” in Rome’s Montesacro. Starting in 2009, L’Asino found a place around the corner from the Coliseum. The menu changes daily and always includes fresh, seasonal dishes. Hope for the gnocchi di ricotta or the braised cod with tomato sauce and raisins, two of my favorites. L’Asino D’Oro. Via del Boschetto, 73. (Monti). Tel. 06.4891.3832. Closed Sunday and Monday.

— Antico Forno Roscioli Drop in any time for a fat slice of the galaxy’s best pizza bianca for less than €1. Or spend a little more on any of the delectably topped pizzas (sold by the slice) or house stuffed pizza sandwiches, like the smoked mozzarella, speck and pistachio pesto “foodgasm.” You can also grab any of the tasty cooked cafeteria-style food at the back and spend less than €15 for a two-course meal. Antico Forno Roscioli. Via dei Chiavari 34 (Campo de’ Fiori). Tel. 06.686.4045. Closed Sunday.

— Porchettoni Fraschette are cheap taverns native to the Castelli Romani. New wine offerings were once signaled by nailing a fresh vine twig (fraschetta) to the door. Glasses are filled with Frascati wine from a spigot and foods (including salumi, crusty bread and cheese) are commonly served on squares of brown paper. In Rome’s super-cheap Porchettoni, pork-lovers on a shoestring can avoid leaving town and enjoy a pitcher of beer and a hearty portion of crackling, juicy and mouthwatering porchetta for €7. Two locations: Porchettoni. Via del Pigneto 68 (Casilino). Tel. 388.8723723; Via del Brennero, 68 (Tor Lupara). Tel. 393.006.1164. Open daily.

— Freni e Frizioni Thrifty eaters are already onto the deal of the century: Buy one drink and you get an all-you-can-eat buffet. Aperitivo haunts are gradually turning to this early evening dining formula, which is likely to expand as disposable income get scarcer. So why not head over to Trastevere and bask in the laid-back atmosphere of this one-time car repair shop. Sprawl on plush sofas near a vintage buffet table laden with seasonal salads, pastas, pizzas, and original couscous platters. In summer, the bohemian flair moves outdoors to the cobbled piazza, where patrons can knock back ridiculously fine vino and gobble the free food while flirting on the seat of a parked vespa. Freni e Frizioni. Via del Politeama, 4. Tel. 06.4549.7499. Open daily, 7 p.m.-2 a.m..

— Pastificio A meal for a steal starting at 1 p.m. sharp in this no-name pasta spot located on one of Rome’s poshest shopping streets. But get in line: lunch service lasts an hour, first-come, first-served. For €4 you get a heaped plate of one of two or three daily specials (depending on demand), plus as much water and house wine as you like. And if you’re still hungry you can mosey on over to newly inaugurated branch of Pompi, for the world’s greatest tiramisu. Pastifico Via della Croce, 8 (Spanish Steps). Tel. 06.6793102. Lunch served Mon.-Fri., Closed Sunday; Pompi Via della Croce, 82. Tel. 06.6994.1752. Open daily 10 a.m.-10 p.m.