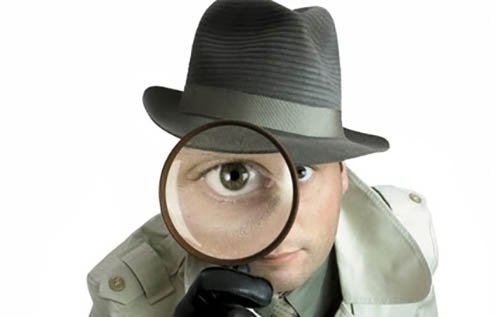 • Q: I’ve been in a monogamous relationship with a woman for about two months now, and I really like her. She’s funny, pretty, and generally seems to have her stuff together — house, good job, and so on. Last weekend, she stayed with me and when she showered she happened to leave her overnight bag open on the floor. I saw a pill bottle inside and couldn’t help myself, so I looked at the label. It was a prescription written by a doctor with her name on it. I researched the drug online after she left and it’s used for people with bipolar disorders. I feel badly that I snooped, but what’s done is done. I wish I hadn’t. What do I do now? I can’t ignore what I found.

• A: First of all, shame on you for snooping. “Happen to leave her bag open?” Sure. Who are you, the United States government? I’ve had it done to me and it’s crushing to feel as though you’ve had your privacy violated while you’re naively moving about life respecting the privacy of others.

But you’re right, “What’s done is done.” Now you’ve a big ball of “uh-oh” to contend with.

First, you’ll have to fess up to some serious trust issues, and then admit to your snooping. Get ready for a down and dirty conversation. After your apology, open a dialogue about what this (both your snooping and her disorder) might mean for your relationship and future. Should you two be serious about one another?

Bipolar disorders, if not treated, can be debilitating. The good thing here is that she’s at least taking steps to treat it and lives a more or less normal life. Good for her for taking charge of her life.

I’m torn though, and I’ll tell you why. As much as I dislike your snooping, I consider it equally disrespectful that she didn’t share her mental health challenges with you — particularly after you committed to being a monogamous couple. I’d give her a pass if she simply wasn’t aware, but she’s on medication, which means she knows exactly what she’s up against.

So you’ve both failed to respect each another here.

Maybe the time has come in your relationship, if you choose to continue it, to build a foundation based on honesty and shared joy, not secrets and second guessing.

As for the future, the next time you’re tempted to invade someone’s privacy, remember the words of Edward Snowden of Wikileaks fame: “Under observation, we act less free, which means we effectively are less free.” And freedom is what we all deserve.