The perils of the markets card 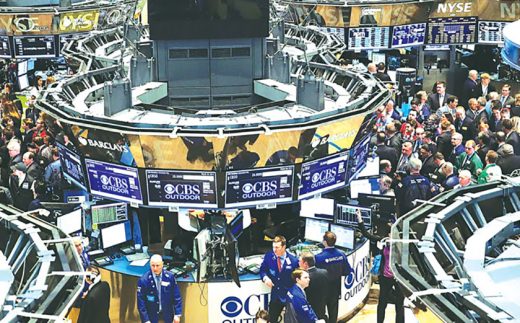 Using market behavior to criticize national choices doesn't hold up in the court of public and foreign policy.
I

n the lead-up to the 2016 Brexit referendum, a lot of the commentary focused on the potentially catastrophic outcomes of a decision to opt out of the European Union. Supporters of remaining in argued that voters would immediately experience turbulent economic fallout. Others were less convinced. Pro-Brexit Tory Boris Johnson called this outlook “Project Fear,” highlighting what he saw as pure scaremongering.

The vote to leave did hit the British economy hard. Sterling took a nosedive. But the worst of it was brief, and the economy swiftly recovered.

But that recovery failed to cancel out medium to long-term troubles, some of them far-reaching. The paralysis of Britain’s political system — including Prime Minister Theresa May’s exasperated resignation —is one example; heightened domestic resistance to minorities another. But hyperbole aside, there was no immediate catastrophe, socially, economically or politically.

No matter the emotional undercurrent, bad policy decisions do not necessarily result in national calamity.

Simply put, Brexit alarmists, though wise to some of the leave vote’s consequences, didn’t get their worst-case scenario. Even a gradual decline is harder to invoke.

If Brexit invited critics to use market behavior as a prod, the same holds true for U.S. Iran policy, which blurs the distinction between a strategic position and the market-sensitive acquisition of oil.

As a result, Brexit opponents have emerged weakened, all the while seeking vindication in “weakened economy” theories.

But policymakers would be wise to sidestep such urges. The world, it turns out, is a resilient place generally resistant to doomsday scenarios. Swift “I-told-you-so’s” rarely play out.

This connection between markets and policy — one used to rationalize criticism and vice versa —leads me to Iran, another policy situation in which market behavior is used to explain or defend decisions.

The Trump administration paid considerable attention to economics when it withdrew from an Obama-era nuclear deal. In dropping the Iran deal, Washington also announced it would revive sanctions against a country from which it continues to import oil. But because the U.S. dollar and the U.S. economy remain at the center of all global financial transactions, any entity recognized by the United States risks finding itself cut off.

This is an entirely credible threat, the kind that sees most countries step back and let Washington lead the way.

But the return of sanctions came with a vital caveat exempting oil deals if the importing nation could show, over six-month intervals, that it had, in White House words, “significantly reduced” Iran purchases. The clause would effectively allow the U.S. to put pressure on Tehran while giving oil-importing countries some flexibility and time to adapt. This breathing room also helped serve U.S. goals by forcing major importers (notably China and India) into a gradual way out. Forcing the state to abandon Iran quickly risked driving up oil prices, a major source of concern that Trump sought to contain, especially with the 2020 presidential race looming.

A rise in financial tensions rarely bodes well for either partners or competitors. To keep India from becoming a rival, Washington had to consider the wording and sweep of its Iran policies. India might then better help the U.S. in its dealings with Asia, and Beijing in particular.

Regarding China, the administration had to choose whether to spend political capital on getting China to cut Iran oil imports or to focus instead on resolving the ongoing trade war. It seemed to have chosen the latter.

Policymakers should work to ensure they aren’t using markets to make decisions for them.

As this tangle of competing priorities suggests, Iran policy sits at the intersection of many as yet unanswered foreign policy questions.

In June 2018, the administration spooked markets by ruling out waivers. However, five months later in November, it granted such waivers to eight nations, including India and China. In the end, pressure on Iran did not overwhelm all other foreign policy priorities.

This time around, half-a-year later, the administration will eliminate those waivers.

This a policy error for many reasons. It will set back other U.S. goals in Asia and reinforce the view in Europe that the U.S. is overly concerned with Iran — to the detriment of other joint transatlantic goals. It may even weaken Washington’s influence over the global financial system. Yet it is not markets, but policymakers, that will deliver this message. Without waivers, countries will likely stop importing Iranian oil. That doesn’t mean oil prices will spike or that a new recession looms. In fact, recent Goldman Sachs research suggests the response will be muted. Yes, some disruption will occur, but it won’t change the gasoline prices that ultimately chasten the administration.

Rewriting the script, or tossing it out entirely, doesn’t match up well with foreign policy goals, which are at their best when well-informed.

Britons made the wrong choice in deciding to leave the EU. The United States is making the wrong choice renewing its Iran waivers. The emotional casting aside of expert opinion that backed both these choices didn’t help.

But misguided choices should not give critics the right to use markets to make puppet-theater points on their behalf. For the sake of clarity, and better choices, they need to speak for themselves.