The perils of perfect attendance 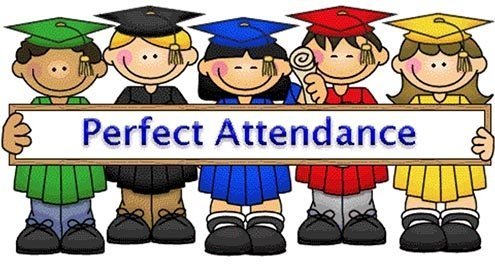 Not missing a class is intended as an incentive but often ends up penalizing students who'd like nothing more than to come to school but can't.
A

poster outside an elementary school in London bragged about the school’s attendance policy. There was a special award for students with “perfect attendance” — not a certificate or a badge, which would be bad enough — but an overnight school trip. Only kids who are never absent can go.

This is disturbing on so many levels.

For starters it presumes that the child is at fault if he’d absent from school, which is rarely the case. It also implies that kids are absent for no good reason. And since children do get sick — schools are a big spreaders of contagious illnesses — it seems to imply either that they should go to school even when sick, or that being sick is a fault that deserves punishment (no school trip for you!)

Of course, if you asked school administrators about the policy, they’d probably rationalize it as a reward for perfect attendance, not punishment for non-attendance. I see no difference, and I don’t think the kid with the fever would see one either, never mind the kid with a chronic illness who’d love nothing more than join his classmates on an outing. “No school trip for them. We promote perfect attendance!”

I knew a child whose mother kept her at home every time she sneezed or cleared her throat. This usually led to injections and other kinds of intrusive “care.” She’d be out for five days at time even for minor sickness. This girl’s mother also complained her daughter was a fussy eater. With the collusion of teachers, she’d pick up the child every day at lunch, bring her home to eat, then take her back at the end of recess. This mother was extremely needy and anxious. Instead of “spoiling” her child, as it appeared to everyone outside, she used the girl as a companion or mother figure. She ensured the girl wasn’t at school when the kids socialized, at lunch and recess, and could have her to herself. When she grew up, the daughter became her mother’s confidant. Asked about their relationship, she called mother her best friend. I would have said that instead she was her mom’s best friend, roped into being a caretaker when she should have been cared for.

This sort of situation is more common than you’d expect. Many children are enlisted as caretakers of their parents.

And what to say about lateness?

My husband and I weren’t the most organized parents in the world. Mornings were always a rush, that’s just how we are. So when my eldest child was in elementary school she was often late because we were running around trying to make sure she had everything, or had lingered too long over breakfast, or a button fell off a shirt, or the gym suit (which I hope nobody expects a nine-year-old to wash) hadn’t dried yet (because I’d forgotten to wash it till the night before). Moreover, my younger child was three at the time and attending preschool. He liked it but preferred sitting around at home to getting ready.

So what happened? They were often late and the nine-year-old heard it from her teacher. It didn’t occur to her to yell at the parents. How can a teacher really think that among all the many things that can go wrong in a house, in a traffic-ridden city, in a family, that the only person to blame is the child.

A common thread ties these stories and situations — a fundamental mistrust of children on the one hand, and an analogous belief that grownups are always responsible and efficient. If a child misses school or is late, it must be his own fault. This goes with another bizarre notion: that blaming the child for being late or rewarding those who are never absent somehow fosters a better education.

The worst part of the story came when I discovered that the school in question was actually using the overnight trip reward policy as a PR tool to try to expand its enrollment. At that moment, mere disturbance turned into outright dismay.