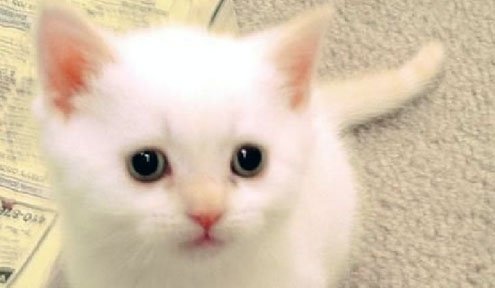 The perfect animal: Zen attitude and a willingness to learn.
M

y brother’s college hosted annual sibling weekends, full of BBQs, concerts, and other events for little brothers and sisters of all ages. Every year, I’d grab my backpack and head down to Hillsdale, Michigan, a town of some 8,000 people, a fifth of which were students at Hillsdale College. I’d park in the lawn of my brother’s rented house and plop myself on the couch.

My brother and his math-wiz roommate would pause their video game briefly, welcome me, offer up cold pizza and soda, then get back to the game. As the evening went on, they’d sometimes visit friends or attend house parties. But mostly they stay at their couch posts, battling for the household crown of Master Gamer.

The party usually found them. We’d be sitting there first just the three of us, then four, five, six, friends trickling in with the setting sun as if returning for curfew. Soon the room was packed, the fridge full of beer, the lawn full of cars. My brother never welcomed people, seldom shared the video game controls unless he needed a break. The party began and eventually ended around us. I would sleep in my clothes on a cigarette-charred couch and wake up at noon to drive to the local breakfast joint. This scene was repeated on many occasions.

When I visited in 2001 the scene was the same, but with two tiny changes. My brother and his roommate both had hand-sized kittens stretched stomach-up, napping between their legs. The kittens would coo and purr when, between games, the boys spared a few seconds to scratch their tummies.

Sam was all white, calm, silent, with fluffy bunny paws and intelligent, probing eyes. My brother raised him as any reasonable college-boy-father would — to fend for himself. We’d find him in the kitchen licking cold pizza and nibbling on macaroni and cheese straight from the pot. He even went through a phase in which he’d sneak into the fridge, a white shadow slipping in as the door opened, root around for snacks, and emerge calmly the next time it was opened. He raised Sammy to deal with strangers, to play well with others, and to accept the warmth of any lap available. He dealt pragmatically with disciplining the kitten. When Sam once tried to run away, my brother waited for a winter storm and then threw him out into three feet of snow. “That’s what’s out there, Sam,” my brother said, as Sam shivered and licked himself on the couch.

Thirteen years later, Sam (now Sammy) is the king of my brother and sister-in-law’s household. He keeps all the pets, dogs and cats alike, in line, promoting a Zen-like animal calmness in the rooms he inhabits. Yet Sam hasn’t lost his youthful playfulness (he still sets himself up on the kitchen stools, hoping a passerby will give him a few twirls) and quirkiness (an intense love of asparagus, for example, that makes his whole body quiver).

Though my brother was just a delinquent college boy, he loved his white kitten intensely and ended up raising what many agree is The Perfect Animal. This week, my brother became a father. He holds his girl on his lap now, tummy up with her head on his knees, just as he used to hold his white kitten. Gone are the video games and spontaneous parties, but my brother’s natural capacity for nurturing has endured and even grown.

His enormous hands stretch the length of his little girl’s body yet he maneuvers her expertly, burping her, changing diapers that are smaller than his palm, swaddling her so her little “feetsies” don’t get cold. If my brother, at the age of 21, had the capacity to adopt and raise The Perfect Animal, I can barely conceive now of his capacity to raise a little girl. Perhaps he’ll be less pragmatic with the disciplining, perhaps she won’t have to fend for herself in the kitchen or be thrown in the snow when she sneaks out in high school. But the natural balance within him — love, fair treatment, stern pragmatism and easy laughter — will, I think, form the kind of calm, assured character, like Sam’s, the world needs more of.

While my mom and I waited at my brother’s for the family to return with their newborn, we were constantly chasing Sammy out of the baby’s stroller, basinet, and crib. Sammy has seen my brother through many changes: three towns, four houses, two jobs, a changing cast of roommates, two girlfriends, and finally the one who became his wife, then a new cat and puppy. But this latest shift in my brother’s worldview might be seen as disconcerting for a man’s first pet.

Not for The Perfect Animal, though. He took the newborn’s arrival in stride, staying out of the way, sneaking onto my brother’s lap when he saw an opportunity, snuggling in during naps, and staring at the crying babe with his calm eyes, as if willing her towards what he knew: peace.