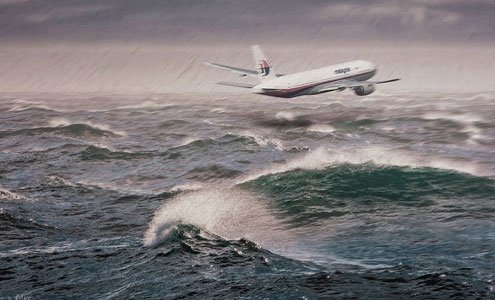 Seeking and finding are galaxies apart, except in the imagination.
Y

ou are a traveler and you lose a precious pendant. It’s an heirloom and with a small photo of the family you loved and lost. You always kept the pendent safe, either around your neck or in box, but now it’s gone. Was it stolen? Did it slip between the crevices of pillows in one of your many stops around the globe? You doubt this. You checked it daily, if not hourly; you clasped it for good luck. You remember act of clutching it; you remember the daily remembering. So where is the pendent now?

You are, you know, a deeply sentimental and emotional soul. Such a loss is impossible to fathom. You refuse to accept it. You turn, within limits, irrational. You retrace your journey, first in your mind, city-by-city, hotel-by-hotel, around the world. You contemplate the pendent as if you were the object, and the object alive. But days and weeks pass in careful reconstruction and contemplation and no clear memory emerges, none in which the pendent seems to vanish. Every day of the pendent is accounted for, or so you think.

So you go further, sparing no expense. You decide to retrace your steps and your trip, traveling backwards across oceans and to places you passed through, the pendent in hand or box. You become a global detective. You ask questions. At great cost, you’re admitted to the rooms in which you once stayed to further scour and search. You become a vagrant in search of an heirloom you convince yourself must be hidden beneath some pillow or some nook.

As the months pass, you’re seen as an eccentric, as someone who refuses to accept the obvious, which is that some things go missing that are never found. Your quest takes on the texture of a craving. You investigate strange leads. You ask to question those who once owned pendants, even though their numbers are legion. To those who ask, you say your life depends on rediscovering the pendant, because anything less is to yield to a mystery that nags at you, mocks you, and is beneath your standing as someone of intelligence and persistence.

Years pass and people the world over come to know you as the pendant searcher. You retrace your steps and travel even further, to hinterlands where you and the pendant never traveled as one, imagining the pendant as something with a life of its own. You hire embarkations to comb the surface of seas you once crossed, the pendant in hand. Captains take your money, and take advantage of your zeal. All say they’ll help you, and you believe them, since the search is now your creed.

Newspapers write stories about you and speculate on the fate of the pendant, and interview doctors about how the human mind can go missing, determined to find the missing in a way that’s neither sensible nor logical but nonetheless true. Hucksters make contact, saying they saw someone here; someone there, wearing the pendant — and on many occasions you pay to follow them to beaches and bazaars. But they give you no satisfaction.

Then, suddenly, you wake from this dream. It amazes you. You put its pieces back together. Yes, it’s true; you lost a precious pendant. It’s also true the loss hurts and makes no sense. But you are not, you know, the dreamer in the dream that has just consumed you. You are someone who forgives the world its mysteries, and lives with them. You know that between science and loss are acres of untouchable space that include not only pendants but also people; you know disappearance, like death, while not inevitable, is part of the fabric of the day-to-day, just as the longing for answers is a quest that sometimes can’t be satisfied. You know, because someone once told you, that sometimes it’s not a matter of understanding, but of accepting, which includes accepting that which you don’t understand. You remember the pendant each time you board a flight to your next destination, knowing it’s possible the flight itself may vanish, and you with it.