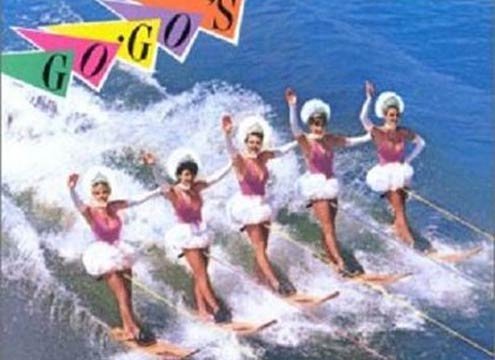 I wanted Unicorns or Smurfs or a live band (The Go Go's in fifth grade).
W

hen I was young, my mother would say, “Birthdays should be for mothers. After all, we did all the work.” She would continue, “For that reason, I don’t really do birthdays.”

She didn’t do sick people, sports or breakfast either. She knew her strengths. She was good on a shopping spree, liberal with at home hair treatments, and she could make a mean batch of tollhouse cookies. (My mother once dyed my sister’s hair platinum blonde. She was 11. She also gave me a perm in the hopes that I would look just like Barbra Streisand in “A Star is Born.” My sister looked like a streetwalker and I looked more like a Labradoodle, as we sat chomping on chocolate chip goodies.)

My sisters and I knew that if we found ourselves feverish, or had a game scheduled, or were looking for the most important meal of the day… we had to look to my father. My mother would not participate. But she couldn’t really get around the birthday parties. Like the conscientious objectors to the Vietnam War, she was drafted to the festive front lines. It’s just that she chose a passive or menial role to play. The planning and execution was really up to the Birthday Girl.

I never really liked this about my mother. When I was young, I wanted her to revel in the glory that was my birthday. I wanted my every wish to be her command. I wanted Unicorns or Smurfs or a live band (The Go Go’s in fifth grade).

When I became a mother, I vowed that I’d pull out all the stops for my offsprings’ birthdays.

This week, my older son turned five and we partied like it was 1999, though with much less booze, bumping and grinding than The Artist Formerly Known as Prince (or once formerly known as Prince) would have liked. Okay, there was no booze or grinding but there were bumper cars.

I had high hopes for this event. We would hold it a local amusement-type-park — which is so ghetto it is almost Coney Island Cool. The theme of the party would be swanky and British (Read: “Thomas the Tank Engine” — the most expensive imported-to-Italy toy we could find). The cuisine would be Mediterranean (we ordered pizza). And the cake was to be brought in by an exclusive American baker lady (me). Like any good party, there would be swag (goody bags). The bags would be full of cavity inducing candy and an assortment of carcinogenic-based plastic doodads and some of that environmentally non-friendly neon colored stringy spray all purchased from the 99-cent Chinese Store. The party was going to be great!

What the? The party planner (me) was perplexed. She (I) had never thrown a party without guests. How could this be happening to us?

“It’s a ponte,” said my husband Marco. A ponte is a bridge. And though Italians are not exactly efficient when it comes to producing anything… they can build a bridge faster than you can sing Madonna’s “Celebrate.” A bridge is a day (Monday or Friday) that occurs between a weekend and a bank holiday. So, if a bank holiday falls on a Tuesday… they build a bridge over Monday thus giving everyone a four-day weekend. It’s genius really.

Last week, I scheduled my son’s festivities on a bridge holiday thus ensuring a miniscule guest list. I tried to reschedule but the venue was already booked. I freaked for a second but then thought, “This is not a Quinceañera or a Bar Mitvah. It’s a party for preschoolers.”

The part of my brain that’s occasionally sane and still has memory like synaptic activity remembered the sage words uttered on ABC’s “The View” by the always honest and usually right Joy Behar, “The number of guests at a birthday party should correspond with the age of the child.” Leo would be five and he would have seven guests and a whole lot of cake left over to eat. It would be fine.

The party was small but sweaty. The seven kids ran around like lunatics and ate themselves silly. Leo had everyone he wanted — a few friends, a Thomas Cake, and a small pile of presents. Does any five year old really need 30 guests each with a gift in hand? I mean, really? Isn’t this birthday business a bit much? With expectations so high, where do our kids go from here? Hookers and cocaine?

I finished the last piece of cake today and decided that my mom was partly right. A woman should be celebrated on the day she brought another life in to this world. Yes, it was my son’s birthday but it was also my fifth anniversary of motherhood. I should celebrate myself. What does one buy oneself for five years of parenting? I looked it up. Traditionally, a fifth anniversary is marked by a gift of wood. Wood? Should I buy a new pair of salad tongs or whittle something nice for myself? Maybe I’ll wait for my younger son to turn three in July. Three years is leather. I see a Miu Miu bag in my future.