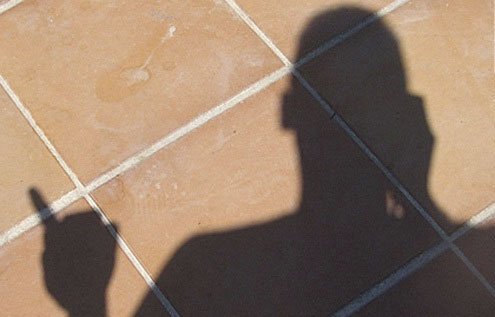 Was this guy telling me that he had no female friends? None?
I

met another man. It happened a few months back, over an aperitivo with friends. We struck up a good conversation, but there was no physical attraction. At least not on my end.

We talked about everything from America to Italy, likes and dislikes, our professions and hobbies. His name was Riccardo.

He was single, nice, and not the slightest bit viscido (greasy). I told him I was fidanzata. And the conversation continued.

At the end of the evening, I suggested we exchange numbers and maybe meet up one day for coffee.

“I’m so glad we became friends,” I told him.

I was confused. “What do you mean, you don’t think so?”

He went on to explain that although I seemed like a nice girl, he didn’t believe in male-female friendships.

“They just don’t work. And well, I have plenty of friends. I don’t need any female friends,” he said.

And there it was. I was both puzzled and intrigued. Was this guy telling me that he had no female friends? None?

I began to interrogate him.

“So what you mean to tell me is that you have no female friends? Not one?”

Not one, he said.

He went further. “You see, the problem with male-female friendships is that there’s always an attraction on one side. Then someone gets hurt,” he said. “Figurati. It’s not worth it.”

I pushed for more answers.

“So where do you turn for advice on women and relationships? You mean to tell me you don’t have any female perspectives when it comes to women?”

and didn’t really need either female perspectives or advice on relationships.

Plus he said, “You’re fidanzata, and well, I have the utmost respect for your boyfriend even though I don’t know the guy. I just don’t think it’s right.”

It’s even worse, he added, being friends with a girl that’s in a relationship. That’s because one person holds out hope that the relationship will end, that eventually the “friend” will sweep the girl off her feet once she’s available.

Although I found his theory very direct, it was also very mature. I began to question whether his theory was correct and started analyzing all of my male friendships. Could it be that there was an attraction on the other side?

I find it important to have male friends. I need to know what goes on in a man’s head. I want to know why he thinks the way he does; why he acts a certain way, and what he means when he says certain things.

As much as women may believe they know what a man says, thinks, and feels; we don’t. Only the male gender can give us that inside information.

I began wondering whether my boyfriend Fabio’s women friends — Maria, Barbara, and Christina — had special feelings for him. He knew them well, after all. Could they have hoped secretely over the years that one day Fabio would open his eyes and leave me?

I didn’t think so.

But it did get me going on the subject.

I decided that my male friendships posed no real threat. They were absolutely platonic, after all.

I also concluded that no man would be so stupid as to hold out years and years for one woman. So when a guy stopped me the other day and asked me for my phone number, I immediately thought of Riccardo.

I told the guy I was fidanzata.

I wanted to say, “Pensaci, boy. You may be waiting years.”

Instead I told him something much wiser. I gritted my teeth and whispered, “You see my boyfriend is Calabrese. And well, he’s very jealous. Hai capito?”

He turned and walked away.