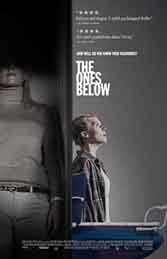 Expectant mothers should steer clear of David Farr’s unnerving little thriller. Kate (Clémence Poésy) — a moody, perturbed soul — is pregnant in London. She’s married to Justin (Stephen Campbell Moore) in what seems like a perfectly average urban upper middle class arrangement. Then, older Jon (David Morrissey) and his busty Nordic wife Teresa (Laura Birn) move into the vacant flat below. Teresa is also pregnant (after seven years of trying) and the two women become edgy friends — until, that is, Teresa loses her baby in an incident that causes a bitter falling out between the neighbors. Jon and Teresa leave London, vowing not to return until Kate gives birth and the relationship can be restored to neighborly civility.

Except that Farr isn’t interested in civility. He prefers suspicion, paranoia, envy and revenge. From the moment Jon and Teresa reappear — and reappear they do — the story turns into a chess match with Kate’s newborn son Billy as the pawn. The only question is when the shoe will drop, and who’ll do the dropping. “Only when you lose someone utterly dear to you, utterly and totally dear,” the smiling, seething Teresa tells Justin, “can you under understand just how little we know about death, about the soul, about who we really are…”

Though it’s obvious Kate and Justin will find this out, the getting there remains creepy. Poésy (French) and Birn (Finnish) give life to a story that walks the tightrope between one woman’s encroaching delusions and another’s predatory grief.