The once and future king 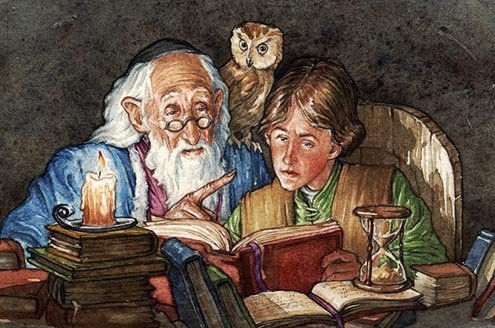 ertain books strike a chord in me. I’ve read and reread them at various stages of my life and they’ve come to act as companions on my way.

One of them is “The Once and Future King” by T. H. White. You may be familiar with the Disney version of “The Sword in the Stone” or with the musical “Camelot,” each one based on a different part of the book. Unfortunately, those who adapted it missed some of the essence of the original book, or at least what I consider its essence.

The story begins with a young boy named Art, nicknamed “Wart.” Sir Ector, a knight, adopts him and raises him alongside his own son, Kay. Kay is destined for knighthood while Arthur is a foundling, a nobody. Though Ector kindly takes him in, Wart has no lineage and no right to attain knighthood. He is destined to be Kay’s squire.

While Wart is out roaming the forest to pass the time, Kay is learning the ways of knighthood and chivalry. One day Wart meets the wizard Merlin, who explains he’s on his way to Ector’s castle to become Wart’s tutor. Though Merlin eventually teaches both boys, it’s Wart that gets the special attention, to everyone’s puzzlement and Kay’s envy.

He teaches the boys reading and writing and science but takes Wart aside for special “lessons.” He turns him into various animals: a fish, an ant, a small falcon, a badger. Each time he’s paired with an animal of the same species that teaches him something important, though the message isn’t apparent until later. While it’s happening, it’s just an adventure.

Kay is finally knighted, and though Wart is deeply disappointed that he won’t ever be a knight, he’s determined to be a good squire. Accompanying Kay on his first knightly joust, he’s sent to fetch Kay’s sword, which is in an inn. But the inn is closed. As Wart begins to despair over finding a sword, he sees a large one embedded in a stone. He tries to pull it out but it won’t come. After a couple of tries, and with great determination, he is overcome by a vision. He sees the various animals and what they taught him. The fish says, “put your back into it,” the falcon says, “remember the law of the claw, never let go” — they animals crowd around him, each with its own special advice. He gives one last try and the sword slides effortlessly out of the stone.

We all know what happens then. Wart turns into King Arthur.

Sometimes, when I least expect it, I’m taken by a similar kind of inspiration, and when it comes it’s astonishing. I once attended a conference with a series of remarkable speakers. Each described their treatment of a particular case with passion, intensity, sensitivity and empathy. Listening to them left me feeling slightly elated.

The next day I was seeing patients and one of them commented on what how well a session had gone. Another made a small breakthrough. I had to attribute this to the contact I’d had with so many fine clinicians. I felt them there with me, in the background, like Wart’s animals. I was also with my patients in a real and vivid way.

In her recent book (“Our Brother’s Keeper, the Ethical Turn in Psychoanalysis”), psychoanalyst Donna Orange speaks of “the chorus” — people, ideals, even music or books — that flanks us and helps us along. She uses “the chorus” in the context psychotherapy, but it can also apply to our lives in general. Whenever we’re in difficulty, those who have inspired us over the years intervene to make a difference. So does the music that transports us, or the wisdom of our teachers, or our ideals. They can erupt into awareness that helps us solve a problem or make a decision.

They’re our “chorus,” like the chorus of animals that surrounded Wart and turned him into a king. “What’s in your chorus?” Donna Orange asked the audience during the presentation of her book in Rome a couple of months ago. It’s a good question.