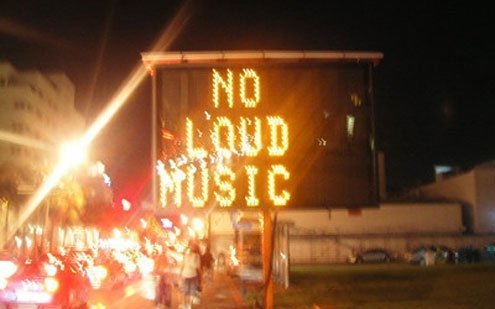 Not to put too fine a point on it.
T

he note was on my doorstep when I left my apartment for work. It was folded in thirds on crisp white paper. I grabbed it on my way down the stairs and headed out the door. I was late. I was rushing. It was normal.

I walked swiftly down the street and opened the paper at the same time. The note was typed, aligned center. It read:

“If you were disturbed by loud music playing until 4AM you are not alone! Several attempts were made to knock on the door of unit 12D and no one answered. This kind of disruption will not be tolerated. Please contact the management company at this number and log your compliant!”

It was unsigned. Anonymous.

Hmm, I thought, looking up to cross the next intersection. That’s strange. I know the guy in 12D.

Tom is a social worker for the City of New York. He’s quiet and generally keeps to himself. Once he offered me some extra bean salad he got from an office party. Sometimes I watch his cat and in exchange he lets me borrow his car. He’s a good neighbor.

I stuffed the letter in my bag and made for the train into Manhattan. At the office, I grabbed a coffee, sat down and checked my email.

With a big ALERT across the subject line was an email thread from the Co-op Google Group, a site that distributes member discussions to all tenants.

“I was up this morning at 3AM and heard loud music from a unit in our shared complex. Did anyone else hear it? Someone needs to talk to that apartment! Aarg!!”

Another response was below it.

“We heard it too and were up all night. It was awful. People like this shouldn’t be allowed to live here. We shouldn’t have to stand for this!”

Last in the discussion chain was a comment from the management company.

“Yes, I’ve received several complaints by phone as well as the emails about the noise last night. The board may consider a fine or other penalties for the disruption if it continues to happen.”

I was surprised by the tenor of the complaints, the way they piled on, the pitch rising with each entry. I sensed the kind of irrational emotional force that can transform rumor or innuendo into fact, the kind of mass animosity that suddenly congeals some deeper hostility and turns someone into an outcast, a traitor, a criminal.

Strangely, no one seemed to be concerned about Tom – who could have fallen unconscious and might be lying helpless on the floor. I took out my cell phone and dialed him.

“Tom.” I was relieved when he answered.

“Yeah?” he answered with a quizzical tone.

“It’s Madeline, your neighbor. Are you Ok? Did anything happen to you last night?”

“I stayed at my sisters’ place on the Upper East Side. A birthday party for my niece went late and I just stayed over. Why? Is everything OK?”

I was confused. He seemed strangely clueless.

“Has anyone contacted you? Have you received an email or call from the co-op board or the management company?

I began slowly. “I neighbor mentioned some really loud music was coming out of your apartment last night. Seems it went on until 4 a.m. I didn’t hear it but based on what they said, I thought maybe something happened to you.”

“Oh no” he began “I gave my apartment keys to a friend who needed a place to stay last night. He and his wife just split. I bet he drank too much and passed out. He must have left the music blaring.”

He sighed heavy. “Who do I have to apologize to?”

I paused. I considered how much information I wanted to pass on in detail and tone. Did he really need to know the extent of his neighbors’ designs against him? It was clearly a situation where no good deed goes unpunished.

“Just give a call to the management company and let them know about your friend being there. I’m glad you’re Okay.”

“I’ll do that. And thanks for worrying about me.” Tom replied. “It’s good to have neighbors.”