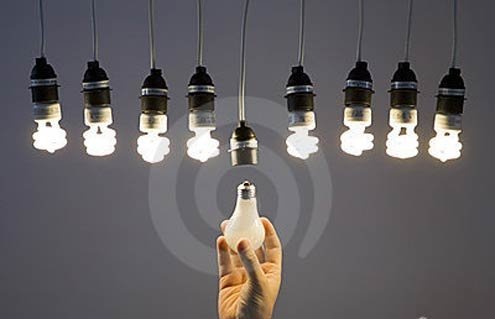 But does it really want changing?
F

aithful readers, and I know some of you are out there, are familiar with my penchant for American self-help books. Over the years, and with varying degrees of success, they have provided over-the-counter cures for my hopelessness with Excel and Photoshop, encounters with difficult people, sassy children and dogs, my lack of self-confidence, and a go-nowhere novel. Over-the-counter cures can have surprising if unintended uses, particularly as providers of trivia. For example, aspirin reportedly extends the life of cut flowers and restores hair turned green by pool chlorine.

Likewise, self-help tools that have helped me might perhaps be useful in other contexts — Italy for example. The scientific basis for extending individuals self-help to an entire country is about as solid as it is for aspirin in a vase or even astrology. But unscientific approaches can sometimes hit the nail on the head. If they seem to work, and hurt no one, why not try?

One theory I like is the “victim” or “drama” triangle,” a therapeutic concept created by analyst Stephen Karpman. Imagine a diagram of an inverted triangle. In one upper corner there is a “rescuer,” and in the other a “persecutor.” At the triangle’s tip is the victim. Rescuer, persecutor and victim are locked in a dynamic relationship that benefits all three. The two upper positions appear to be “stronger” than that of the victim at the triangle’s bottom, but each one thrives on victimhood in its own way.

The rescuer fancies himself the mature problem-solver and pillar of strength the victim needs. At the same time, he feeds off the victim’s neediness. The persecutor is a “former” victim who repays previous suffering by punishing the victim. Both rescuer and persecutor enjoy the illusion that they are independent and superior to the victim, although their own roles depend on him.

The benefit for the victim is that he can always blame someone else. By seeing himself at the mercy of uncontrollable outside forces — enter the persecutor — and in need of help — enter the rescuer — he escapes taking responsibility for himself.

That’s the theory. Let’s apply it to Italy.

Italy’s foundation myth is a victim triangle: The army of Piedmont invaded and colonized the Bourbon kingdom of Naples. North = persecutor and South = victim. The triangle suits all involved. The North sees itself as the rescuer of the helpless South. The South sees itself as a victim, which allows it to shirk responsibility for its failures and to justify bad behavior such as corruption and organized crime. The South’s organized crime groups see themselves as rescuers of the little guy tyrannized by the state. As a former victim of northern oppression, the Mafia feels justified in persecuting the weak. The North denies its own problems by thinking it is stronger than the South, which it believes depends on its handouts.

Italians as a whole also see themselves as collective victims of greater forces, which in turn absolve them of responsibility for specific breakdowns. They choose leaders who are persecutor/rescuer figures such as Mussolini or Berlusconi. Even today, Italy points accusing fingers at Prime Minister Monti and German Chancellor Angela Merkel. In the past the culprits of choice have been the Nazis, European Union, and the CIA.

I also like the ideas of Carol Dwek, a Stanford professor. Dwek’s first work was on the “learned helplessness” of animals, creatures that simply give up after repeated failures. She then studied why some children give up after failure while others continue trying. Dwek observed that the ability to overcome setbacks originated in beliefs about the world — namely the human mindset, the running mental narrative we use to interpret our relationships and careers.

In “Mindset: The New Psychology of Success,” she describes two kinds of mindset: “fixed” and “growth.” The fixed mindset sees success and failure as the results of character traits such as talent and intelligence that have a fixed quantity. The growth mindset sees outcomes as the results of circumstances that can be altered by working harder or acquiring skills, for example.

Because the fixed mindset attributes achievements to innate fixed quantities such as talent or intelligence, it needs constant proof of their validity. The fixed mindset is obsessed with performance and strives to prove itself. It takes criticism poorly. In contrast, the growth mindset believes that mastery can be developed through application or learning. It accepts challenges and turns failures into tools for improvement. Unlike people with a rigid fixed mindset, those with the growth kind believe they have the potential for change and growth.

Italy’s fixed mindset reveals itself in its skepticism about meritocracy and its belief in myths of national genius. Italians drag Leonardo da Vinci and Michelangelo out any time the country compares poorly to others. National newspapers anxiously report on Italy’s performance in the foreign press, bristling at criticism or rejoicing when “innate” Italian qualities succeed. Basking in the reflected glory of the Coppola family, Robert De Niro or Fiat and Chrysler chief Sergio Marchionne satisfies the fixed mindset’s need for confirmation of its value. Italian schooling emphasizes results, regardless of how they are obtained (cheating). In international statistics, Italy consistently rates poorly on measures of how much control people feel they have over their lives.

In the end, the most important characteristic of both the victim triangle and the fixed vs. growth mindsets is that they contain the potential for change. With a bit of effort, people can leave a drama triangle or change their mindset from a fixed to a growth one.

There’s a variation on an old joke that goes, “How many psychiatrists does it takes to change a light bulb?” But the real question is whether the light bulb even wants changing.