The mind of the gut 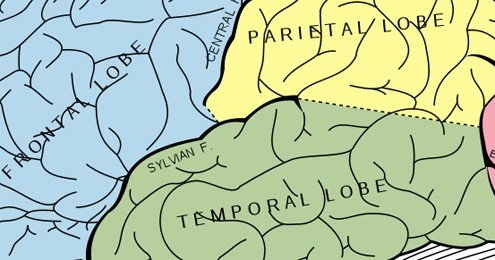 We all know a lot that we don't know we know or know how we know it.
&

#8220;I don’t know why I don’t trust him. I just have this gut feeling.” Gut feelings guide many decisions and attitudes we form toward those around us. This unspecifiable response comes up often in everyday situations. We meet a person we instantly like or dislike but we can’t really say what makes us feel that way. We often minimize these powerful first impressions.

But in my field of psychotherapy, relying on our “feelings” — our unspecifiable experience — is a constant. We too often assume science and scientific progress have progressed as far as they ever will, when in fact scientists haven’t even begun to understand much of what goes on in the human mind.

So while it may seem unscientific to rely on gut feelings, the reality may be that science has yet to catch up with just how significant those feelings are.

Some years ago a group of Parma scientists headed by neurophysiologist Giacomo Rizzolatti stumbled on a discovery that has since revolutionized how neuroscientists understand “gut feelings.” At the time, the scientists were studying motor neurons in macaque monkeys. Motor neurons aren’t particularly interesting. They simply control the movements of the bodies’ various parts.

As I understand it, the scientists had placed electrodes in the motor area of a monkey’s brain and were observing its neurological activity as it ate a banana. During a break in the experiment, while the monkey was still hooked up to the electrodes but doing nothing in particular, a graduate student entered the room with ice cream and began eating it. The same neurons — known as mirror neutrons — that became active when the monkey ate the banana also suddenly activated when it saw the student eating his ice cream, even though the monkey was motionless.

The incident led to a number of breakthrough studies about how humans understand the intentions of others. New cerebral connections are being discovered and probed, many suggesting an amazing human ability to pick up and absorb almost imperceptible cues from others regarding their emotional states and intentions.

In psychotherapy, we always sensed that there must be some sort of very important nonverbal human transmission. That belief gave psychotherapists a credulous aura. They were seen as speculative if not airy-fairy to those more invested in physiological explanations. No wonder psychotherapists are so enthusiastic regarding discoveries of actual brain activity that transmits information about other people’s emotions, feelings and intentions. It explains what we knew all along while giving it the kind of scientific grounding it lacked.

Among the more interesting studies on the subject is by Swiss psychologists Michael Heller and Veronique Haynal. They filmed the face of a psychiatrist while he interviewed 59 patients as they were being released from a hospital after a suicide attempts. Audio was intentionally omitted. Applying well-established criteria, the psychiatrist prepared a report regarding the likelihood that each of the released patients would try suicide again. The patients were individually followed up for a year. Several did make a second suicide attempt, so in that sense the psychiatrist’s reports weren’t much better than random.

But independent judges, taught to recognize expressions of alarm, were asked to look at the footage without being told what the experiment was about. Shown the psychiatrist’s face in each of the interviews, their evaluation — based on his facial responses — was almost 100 percent predictive of a second suicide attempt.

Thus, the psychiatrist knew what he didn’t know he knew.

We all know a lot that we don’t know we know or know how we know it. If we stick to a “verbal” and “symbolic” interpretation of people’s responses — as in, “he smiles, that means he’s friendly” — the fake smile of someone attempting to cheat us may pass unobserved. But if we pay attention to gut feelings, our own brain reproducing that smile, we can recognize fakeness, just as the psychiatrist recognized the despair in the faces of the patients he interviewed, and showed his alarm. It can be a useful skill to develop.