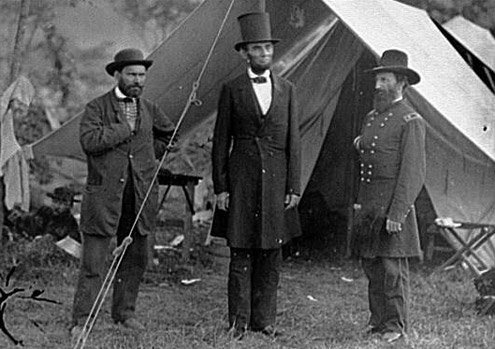 y best friend in Rome told me of being in Wisconsin and driving his ever-curious nine-year-old grandson to a baseball game. In passing, the boy asked why Italians were so nice. My friend replied that it was because from the moment they were born and throughout their lives they were told they were bella or bello — beautiful — by everyone, which produced grownups with a generosity of spirit. Little messages with a powerful impact can, over time, help form the backbone of a culture.

Yet that same Italian culture, after years of ineffective government leadership, has lost much of its spirit.

In his recent New York Times column “Italy Breaks Your Heart,” former Italy bureau chief Frank Bruni quoted demoralizing remarks from Italian psychiatrist and lecturer Paolo Crepet. “It’s unbelievable… we are a creative people,” said Crepet — but a people, he explained, whose dynamism had been replaced with helplessness. Italians, he added, are “waiting for somebody to lead them out… they’re waiting for Godot.” In Samuel Beckett’s famous play, Godot never appears.

The United States has been fortunate in having leaders who helped show the way. Abraham Lincoln with his Gettysburg Address, Rosa Parks’ defiance on a bus in Alabama, Rev. Martin Luther King’s “I had a dream” speech — these were messages.

They were messages because their content, spoken or through action, called for unity. They asked Americans to reach beyond their personal concerns to shared memories of how their country was fought for, argued about, and eventually consecrated through a set of legal documents — the Declaration of Independence, U.S. Constitution and Bill of Rights — that called on a newly created government to uphold and preserve of individual freedoms and equality.

Government and individual freedoms together, balanced. Not easy, never intended to be, and never considered a finished project. The arguments had to continue. High ideals demand arduous compromises.

The extraordinary messages ignited collective action. The 1863 Gettysburg Address, which followed the Emancipation Proclamation issued earlier that year, led to the 13th Amendment of the Constitution that marked the end of slavery in the U.S. Rosa Parks firmly keeping her seat in the front of a bus in December 1955 and the Dream speech given in August 1963 were watershed moments in the civil rights movement. The 24th Amendment to the Constitution abolishing the poll tax and the Civil Rights Act of 1964 followed in their wake.

Great conflict, discourse, and debate come first; laws come last. Laws are the ultimate expression of what the majority in a democratic society finally accept and approve by vote. The key to the process has always been argument and compromise.

There may be no better example of this than the unification of South Africa thanks to the actions of Nelson Mandela, whose passionate belief in peace and unity led to the country’s current unified government.

South Africa, ridden by decades of racial strife, benefited from Mandela’s perspective. He was a trained lawyer who spent 27 years in prison for instigating and carrying out a bombing campaign in violent protest against his country’s pro-apartheid government.

Once elected president, Mandela formed the Government of National Unity, created the Truth and Reconciliation Commission, and in 1996 promulgated the healing South African constitution, which established a society based on equality. “South Africa,” it states, “belongs to all who live in it, united in our diversity.” It only worked when people from all sides agreed to talk.

The U.S. is now enduring one of the most destructive ideological battles in its history, pitting those dead set against the health coverage mandated by the Affordable Care Act against those who see national health care as a fundamental right. One side assails government entitlement and a historically high budget deficit, the other the need for social welfare.

But the conversation is flawed. Neither side is listening to the other and, worse, there are those on both sides of the issue headed for the exits. Some seek the destruction of government. Others, taking advantage of their affluence in a time when economic inequality is a widening moat, are agreeing to become isolated, distancing themselves from all debate and interaction.

In a recent talk titled “Can Democracy Exist without Trust,” Bulgarian theorist Ivan Krastev discussed how his countrymen had lost faith in government institutions. They felt they could change government structure and composition but not its policies. He spoke of how voters were sending in blank ballots.

Italy currently has a government of broad party alliances formed to find unity after inconclusive election results. But rather than find the unity needed to address Italy’s significant economic and structural problems, it has been mired in political wrangling over Silvio Berlusconi’s political destiny and whether Italy should apply property tax to first homes.

Debate and compromise regarding far more significant social, political and ethical issues have been tossed out the window. Italians wait through it all.

Waiting, sabotaging, running away, and blank ballots — they all sidestep democracy.

History tells us that in a democracy only active engagement will lead to real solutions.

Lincoln, Parks, King, and Mandela. At the core, each was an individual seeking to convey a deeply held conviction built on personal experiences to convince the majority to bring about change.

Whether on a grand stage or over a kitchen table, whether in Italy, the U.S. or elsewhere, such conversation is vital. One at a time, each individual must vote with his or her beliefs, in whatever context proves personally practical. The reverse of engagement is inertia and eventual decay. There is no escape.

So the next time a relative or friend is on the other side in a political debate, don’t avoid the discussion. Engage the person in a way that makes your viewpoint convincing. Send them a message.