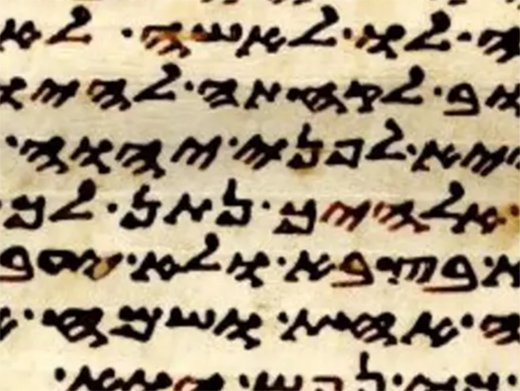 Being Jewish has more than one compass point.
A

couple of months ago I found myself at a Passover table in Los Angeles feeling entirely out of place. It had nothing to do with the hosts or the guests. Nor with the holiday —though my Jewish family isn’t particularly devout, though we always celebrated the major holidays, Passover included. At the same time, my out-of-place feeling wasn’t new. In fact, when it comes to my religion (to which I have more of a cultural than spiritual commitment), I’ve often felt somewhat off-center. My obsessive-compulsive side might frame this in terms of magazines on a coffee table, each one equidistant from the other except for the one that’s askew. It doesn’t undermine the display, but you notice the difference enough to feel a little uneasy. When it comes to my Jewishness, I’m the askew magazine.

Let’s start at the beginning: in Catholic Italy, where I grew up and attended school for 10 years. As far back as I can remember, I was excused from my school’s weekly religion hour. Only one other kid, Abdul, got a religion exemption (for obvious reasons). In high school, the skipping spread. Some students said they were agnostic while others said they had better things to do with their time. But of the kids who opted out of religion classes, I was always the only Jew.

The extent to which Jews were a minority seemed to somehow satisfy my sense of being out of place. It made sense. It taught me to bide my time until I reached the United States.

Put another way, I was never deeply troubled about being the only Jew in my Italian friend group, the “oddity,” as it were, precisely because I could look to America as a beacon in the distance. I was introduced to Woody Allen films quite young, and I often felt a surge of pride watching them because he’d managed to make being a neurotic Jew something enviable, even desirable.

I was introduced to Woody Allen films quite young, and I often felt a surge of pride watching them because he’d managed to make being a neurotic Jew something enviable, even desirable.

“Seinfeld” had the same effect, especially one episode in which Jerry Seinfeld’s dentist, played by the phenomenal Bryan Cranston, converts to Judaism, which infuriates Jerry because he realizes his dentist did it only to be able to make self-deprecating Jewish jokes, laying claim to an already well-established cultural reputation.

These comedic snippets of American Judaism were emblazoned in my mind and I fully expected to touch down in the U.S. and be welcomed into the greater neurotic fold.

And it did happen, at least in a way. At boarding school in Connecticut, people were excited to hear I was Jewish, but the excitement petered out quickly once they realized I didn’t speak Hebrew, hadn’t gone on my birthright trip to Israel (I didn’t even know what it was), and hadn’t attended a Jewish camp. This confused the American Jews I met because, to them, these were all essential Judaic rites of passage. Having done them made you part of the Jewish community. You’d done what everyone else had and could talk about it.

An even more troubling revelation emerged when I was at a Hillel meeting (I learned about the Jewish college campus organization in the U.S.) planning a Hanukkah party: I’d never had latkes. I’m not being overly dramatic when I say there was a moment of silence as my friends looked at each other, confused. Could I really be Jewish? I’d defaulted on so many accounts already, but not to know what a latke was? Once again, I was the space oddity (Was there an eccentric brand of Jews on Mars?)

It took me a while to realize why I was again on the fringes. I’m of Jewish Sephardic roots. My father’s family was expelled from Spain in the 15th century. In contrast, most American Jews are of Ashkenazi origin, who emigrated from Eastern Europe. The backgrounds and the traditions of each have little in common. Again, though, it took time for me to put the pieces together.

Since Americans are so heavily Ashkenazi, it didn’t occur to them (or to me, for a time) that I’d been raised on a separate tradition. Their rituals made no sense to me, not because I was a “bad” Jew, but because I was very much a different Jew. The Martian.

Understanding this eased my feelings of being an impostor. And it toned down the grilling I’d been receiving. What it didn’t change was my sensation of being on the fringes. There’s a certain sadness that often comes into play when I’m in the presence of others busy celebratitraditions that aren’t mine (like being dragged to Mass by friends).

But I’ve also come to understand what I am and who I am, instead of dwelling on the all that I am not. And that’s a distance worth covering.