The march of folly 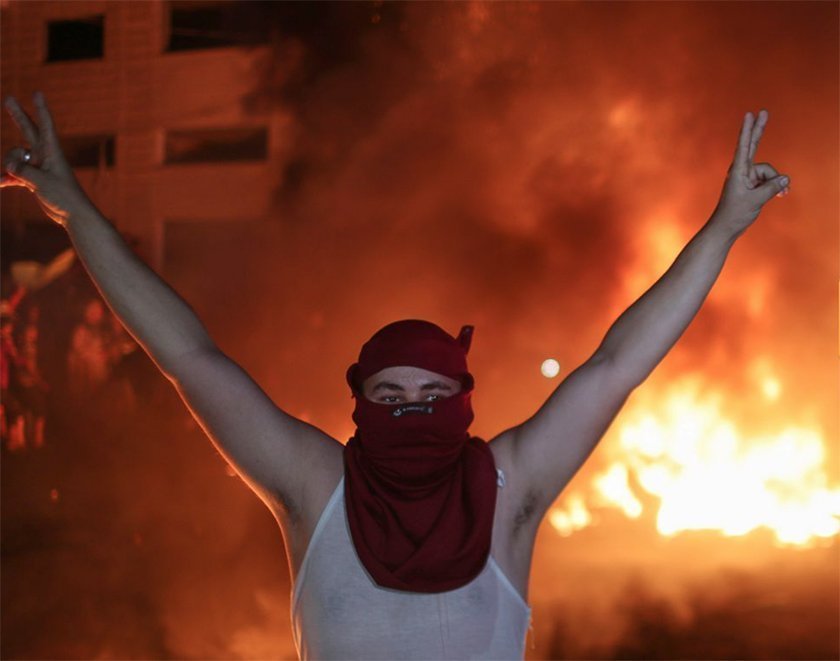 May clashes between Israeli troops and Palestinian protestors were a reminder of never-ending sectarian strife.
Y

Here are three personal travel experiences that have some relevance to current events.

Whole libraries full of books have been written about conflicts in the Middle East. Who started them, why, and in particular, when. Timing looms large.

When it comes to territory, each side reverts to schoolyard form and shouts, “We were here first!” That taunt alone is apparently enough to justify who lives where, and who’s excluded.

This principle holds for the latest skirmish between Israel and Palestine, which made headlines in May. Every time such flare-ups occur, emotions rule and perspective is forced to the back of the bus.

So here’s some perspective.

In late spring, Israeli forces entered the sacred Muslim enclave around the Al Aqsa mosque in old Jerusalem, located near the Dome of the Rock on the city’s Temple Mount. They did this to remove what the government called “undesirables”, in this case groups of Palestinians protesting the annexation of East Jerusalem.

This not-so-little move did not go well. The sides clashed, with rubber bullets and tear gas filling the air.

Long-settled Palestinian families in the area insist Jewish settlers are pushing them from homes they’ve had for generations. The settlers counter that God gave them the land.

One lesson I’ve learned in my decades of travels is that humanity gets what it deserves.

For a while, the incident had the makings of yet another war. Thankfully, the ceasefire came into effect in late May and has held, so far.

I have been to Jerusalem’s Old City and to the Dome of the Rock. This is an area of hotly contested religious lodestones. The Rock, covered by the grounds of the Al Aqsa mosque, is the place where devout Jews pray at the Wailing Wall. The Rock is holy to Jews as the place where Abraham nearly killed his son, on God’s orders. Jews claim God gave Palestine to them after making them suffer as desert nomads for forty years after their exodus from Egypt.

But the Rock is also holy to Muslims as the place from which Mohammed ascended to meet Jesus and Abraham before returning to earth. Since Mohammed could not get to Jerusalem and the Rock by conventional means, the story goes he rode there on the back of a flying horse.

This preamble brings me to a point I make bluntly.

You’d be hard-pressed to find a legitimate archeologist to suggest that the exodus actually occurred. It didn’t. And I’m sure I don’t need to tell you that horses do not fly. They never have.

This does not stop allegedly rational adults from killing each other more than two thousand years after the birth of such nonsensical (but holy) fantasies.

One lesson I’ve learned in my decades of travels is that humanity gets what it deserves. And that children always lose — dozens were hurt in the most recent Jerusalem and Gaza clashes.

Time now to turn the page.

In the eight American presidential elections since 1988, only Republican candidate George W. Bush, who defeated John Kerry in 2004, has won the popular vote. Bush lost the popular vote to Vice President Al Gore in 2000. Donald Trump lost the popular vote in 2016 to Hillary Clinton, and again in 2020, when he lost the Oval Office to Joe Biden. Bush and Trump secured the White House thanks only to the Electoral College system, which apportions a set number of delegates by state population. No Democratic president in the 20th century ever lost the popular vote (true, John Kennedy won only 120,000 more votes than Richard Nixon in 1960, out of some 79 million).

How does such an ugly minority — the Republican party (with its fascist tendencies) — continue to maintain this stranglehold on the fate of America? The answer: Ronald Reagan, who served two presidential terms in the 1980s.

One vital principle upon which democracy is founded is that people should always act in their own best interest, and that includes how they vote. It makes sense to vote for the person you believe will improve your lot in life.

What arch-conservative Reagan proved was that people will also vote according to their prejudices, even if it’s at the expense of their own lives.

To take but one example, racists will vote for racists even when it costs them money.

A child of the early 20th-century, Reagan was always a racist, though as expected his supporters violently denied this. Until audio tapes emerged in which he called black people “monkeys.”

Reagan slashed taxes for the wealthy, and cut social programs for the needy. He went on to become a hero of the 21st-century right.

Overwhelmingly, the American working class set aside all this and backed him to the hilt. His two victories, in 1980 and especially in 1984, were by landslide, and he was succeeded easily by his vice president, George H. W. Bush.

Voters preferred a person who reflected their hatreds rather than one who pledged to work to make their children’s lives brighter. No democracy can indefinitely survive such an approach, an approach that today’s Republicans amplify even further. Witness the Tea Party movement followed by Trump.

In 1975, I had the misfortune of traveling through the miserable, devoutly racist state of South Carolina, where left over “Whites Only” and “Colored Only” signs still remained attached to doorways and water fountains. A man in a diner told me to mark his words, “Negroes will be trouble, they always have been.”

This is what makes me laugh, albeit painfully, at those who now ask, What has become of America? Nothing new, I usually reply. In fact, much of the bigotry is just business as usual. America has always been torn along racial lines.

Again, time to turn the page.

People will also vote according to their prejudices, even if it’s at the expense of their own lives.

I once appreciated the Olympic Games, and visited Olympic sites in Greece and Germany. My enthusiasm vanished decades ago, mostly a result of the then-Soviet Union, which along with East Germany made a mockery of amateurism. They in essence created athlete factories that turned out humans designed to win medals.

Once upon a time it was a thrill see a true amateur athlete like Mark Spitz swim for a gold medal, or to watch college basketball players give everything they had on the court. It was heart-stopping to watch unknown ice hockey players defeat the invincible Soviets at the 1980 Lake Placid Winter Games. Seeing grocery store clerks and teachers and everyday people compete embodied the Olympic ideal. Pros on loan weren’t part of the picture.

Before communism collapsed, Moscow routinely paid Iron Curtain athletes, and eventually they were (properly) seen as professionals. Olympic doors now swing wide for pros (hello, Michael Jordan and the so-called Dream Team) from all over the world. Thanks for the capitalist hint, Moscow. You can now see Cristiano Ronaldo, whose salary is that of several African countries, play for Portugal. Sad. As BB King once sang, “The thrill is gone.”

With COVID waning, will Tokyo ever get around to hosting the postponed 2020 Summer Games? Frankly, I don’t give a damn.