The Man Who Saved Britain: A Personal Journey Into the Disturbing World of James Bond 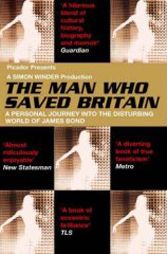 Those of us living in Rome when the Red Brigades held sway, would have welcomed the likes of James Bond. Not only would he have saved Aldo Moro from his tragic end, but he’d of also given the Clash’s Joe Strummer a good thrashing for wearing of a Brigate Rosse T-shirt at a “Rock Against Racism” event. In short, Bond might also be the man who saved Italy.

Alas, the literary character left the scene in the Sixties with the demise of his creator, Ian Fleming. Simon Winder was among those who rued the loss, and he’s done a masterful job of recapturing the joy, mystery, and glamour of a generational icon who continues to be immortalized in film. Thankfully, the book is rich in humor too. With its empire in steep decline, the British were in need of a guileful all-powerful secret agent who not only had a license to kill, but also knew how to properly order a drink. A perfect tonic. Cheers.