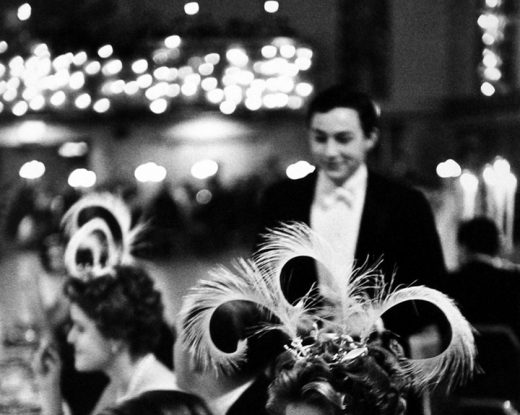 Word to the wise: Don't greet your Italian boyfriend's mother with "ciao," particularly if she comes from a time long before your own.
O

ne of my missions when I visited Rome a few years ago was to find out about mamma, the mother of my Italian boyfriend. Mamma was born in 1917, the same year as my grandmother, who had died a few years before, so I assumed mamma had passed away, too. I even tried finding her obituary on the Internet, without luck. I felt guilty about the gesture, since I’m sure she would have found it vulgar.

Mamma, Teresa in real life, was a refined woman. She wore her auburn hair in a chignon, and she had graduated with honors in art history. She had a discerning eye, and ear.

“Ciao,” I greeted her sweetly the first time we met, giving up the front seat of my boyfriend’s car in deference. “Così si dice?” she replied curtly. “Is that what we say?” I’d blundered in not using the more formal “Buona sera.”

“He’s not a mamma’s boy,” she once announced defensively. But he was an only child, and, as he often said, the love of her life.

Mamma and son lived a block apart, so she was a constant presence in our lives. She regularly brought over food, as well as sheets, freshly laundered and pressed, and new packages of underwear for him. “He’s not a mamma’s boy,” she once announced defensively. But he was an only child, and, as he often said, the love of her life.

That was not always apparent. She scolded him often: for eating pasta — she thought he had a pancione, or big belly. Once, during an intermission of a play, he’d taken us to, a family with kids started snacking on potato chips. “È molto volgare,” she said. “It’s very low-brow.”

But mostly, mamma was her son’s best defense against a world that they both felt completely misunderstood him. When he became embroiled in university politics, mamma was his best ear and guide.

I gradually ingratiated myself to her. I’d been writing for a few years when she called me one day after having read one of my articles in translation, She was exuberant. “Ma chi sapeva che sai scrivere Cristina?” “Who knew you could write?” Maybe a bit of a double-edged compliment, but I took it.

Before I moved back to the United States, mamma was the last person to bid me farewell. She had me over for tea and pleaded on behalf of her son one last time. “È cosi buono,” she said, shoving chocolates, and a book in my hand. “He’s so good.”

Tears slid down my face as the plane neared New York, and I wondered if I would ever see mamma again.

After my own mother died, I received a letter from mamma, in old-world handwriting so elegant it is almost illegible. “I received your news with the heart of a mother who never wants her child to suffer,” it began. And later, “I know you have the qualities to make yourself valued in life, and know that your mother also knew that. She wanted nothing more than for you to affirm yourself and be happy.”

A mother’s work is never done when it comes to her Italian son.

During my Rome visit, I knew the best place to get information about mamma was the bar across the street from her apartment. Breathing in the familiar scents of strong coffee and chocolate, I browsed the wall of holiday candy, and lingered awkwardly as I planned my words. “Ha bisogno, Signora?” A clerk interrupted, in a gruff Roman way that meant, “What do you want?”

Paying, I tried again. “You know that little older woman,” I began, “the one with the son.” I gave their names. They knew immediately. Even the gruff clerk softened. “Mi sai che non è venuta da tempo, sai?” they said. “You know, it seems she hasn’t come around in a while.” This is classic Italian subtlety. No one says just how long, but “da tempo” was hint enough to suggest mamma was gone.

“Il figlio, però, lui ogni tanto viene,” they added, as if to soften the blow. “The son comes around every once in a while.”

Afterwards, I crossed the street to check the nameplate on mamma’s apartment building. The family name was gone. For a few moments, I stood in the spot where I’d met mamma, wondering how it had gone.

“Per quanto devo campare?” she used to say. “How long am I going to stick around for?” She said it without sentimentality, in her typical critical way that deflected the weight of the unknown and hid the way she might have felt about it.

Then I walked slowly toward the bus stop, the early evening sun still warming my path.