The malady of fear 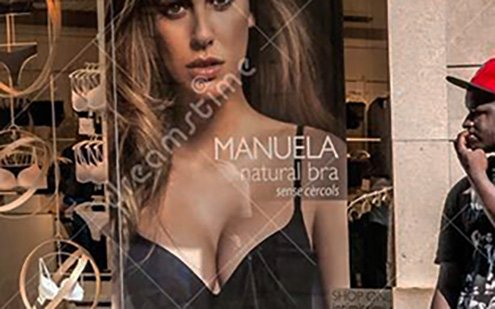 That a Muslim could be LGBT is rejected outright.
Y

ears ago in the piazza close to our Milan house an African man who was probably in Italy illegally would set up small table outside the supermarket where each day he sold wooden carvings and incense. When I walked in he’d smile at me and say buon giorno, as he did to all the patrons who came and went.

Over time we became friendly and chatted as I loaded up on my weekly supply of incense (never mind that I paid twice the price as in supermarket). One scorching hot summer day, as I walked out with my bag of groceries, I found my friend standing dripping with sweat behind his little table. I had bought a family-sized box of frozen ice pops, so we sat down on the step and each ate one.

“Is your wife Italian?” he asked me. I had asked him about his family.

He looked confused and then shocked.

“I am Muslim and that is not right,” he said defiantly and stepped back behind his table.

“It is for me,” I said casually and waved goodbye.

After that, he no longer looked at me or greeted me when I approached. I stopped buying his incense and six months or so later he disappeared.

Along with many others I’m shocked by the recent activities of Islamic extremists and their terrorist attacks. Within this conflict LGBT people are at ground zero. Of the five Muslim countries where homosexuality is technically “not a crime” — Mali, Jordan, Indonesia, Turkey and Albania — only Albania is somewhat tolerate. In the others, LGBT people are still deeply vulnerable and often persecuted under other laws.

Over all homosexuality is a crime. “[The] message — at least in the eyes of religious purists – is uncompromising condemnation,” The Economist has observed. “Of the seven countries that impose the death penalty for homosexuality, all are Muslim. Even when gays do not face execution, persecution is endemic.”

LGBT people are under constant surveillance. They face harassment, sexual assault, torture and murder. Their attackers are police, hooligans, gangs and even family members. So-called “honor killings” are met with selective blindness and silence.

Years ago in a popular Toronto gay dance club I ran into a 19-year-old Somalian in Canada as a refugee. “If my brother ever found out I’m gay,” he told me, “he would kill me.”

I looked back blankly.

“I don’t think you understand,” he continued. “I mean he will really kill me!”

I’ve worked in Jordan, Egypt and Morocco. Some of my Muslim friends know I’m gay and some don’t. Even moderate Western Muslims resist LGBT people. We represent extreme infidelity to the word of god. That a Muslim could be LGBT is rejected outright.

This may account for the worries some LGBT have about plans to resettle thousands of Muslim refugees in Canada and the United States. We’ve fought long and hard to gain ground and respect. Some see the welcome mat extended to anti-LGBT people as a recipe for a setback. Haven’t we faced bigotry and hatred from fundamentalist Christians and Jews?

Fear has driven many to start listening to “close-the-borders” hate-mongers.

Last week I met Ahmed, a Muslim friend (who does not know I’m gay). He told me if he did well at Christmas he’d have enough money to go home to Senegal to see his wife and family in January. He mentioned cheap flights but chafed at the idea of changing planes in Algeria, Tunisia or Morocco — he’s scared of terrorism. I tried reassuring him.

Our chat reminded me how easy it is to forget that most victims of terrorist attacks are Muslims, not affluent Christians and Jews.

Providing safe haven for people seeking to escape persecution and injustice is a foundation of both the American and Canadian nations. The whole point of terrorism is to break those beliefs and values and make people react like frightened sheep.

Who profits? The terrorists of course, but also mass media and political extremists. A piece of graffiti I once spotted on a wall in downtown Toronto read, “Fear is a disease,” and like a disease it’s contagious.

Make no mistake: the hate peddlers who want to block Muslim refugees are the same people who’ve been persecuted LGBT people every step of the way. Their position differs little from Islamic radicalism. Following their lead guarantees us no future at all.

Most LGBT people have experienced bullying and terrorism on personal levels. They’re achieved their Western social miracle by standing up proudly and refusing to be afraid. They’re been stronger and more resourceful than our adversaries and enemies. They have proved time and time again that love is stronger than hate. They will continue to expose ignorance, challenge hatred and oppose oppression. There is no other choice.

Even as an atheist, I recall a phrase by a great defender of the weak and oppressed. “Love your enemies,” said Jesus, but he never promised an easy ride.