Anderson in the details 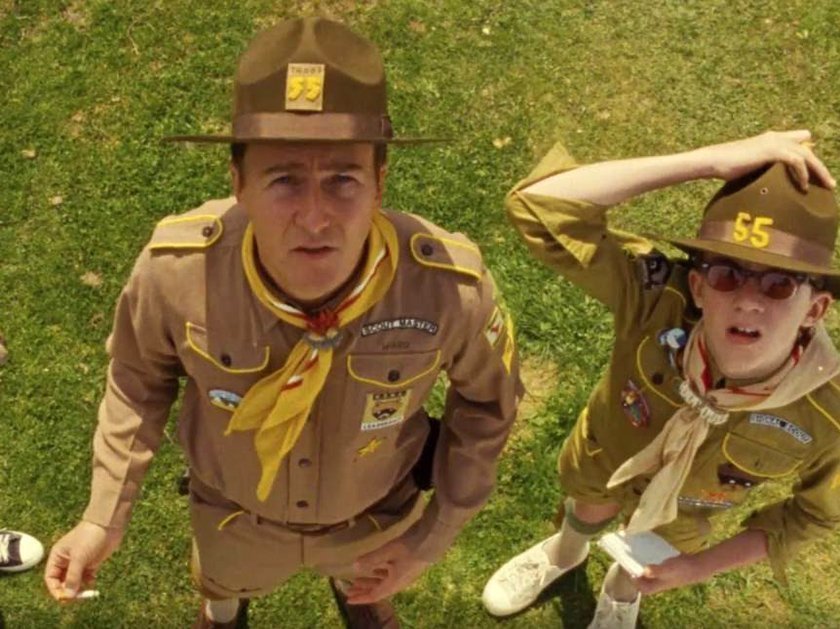 es Anderson is among the most vibrant directors American filmmaking has produced in the last few decades. With each of his films he creates a new world that bears huge imprint. He wants to shape, and not be shaped by, the world around him.

He’s also a paradox. “I wouldn’t say that I’m particularly bothered or obsessed with detail,” he’s said of his work. And yet he is.

Anderson is an atypical filmmaker, his whole style showcasing such a richness of detail that his movies possess the kind of individual uniqueness that we recognize in people, in their glances, their ways of moving.

This understanding of detail — which he denies — is precisely what allows him to shape individuals who stand out from the ever-encroaching masses.

Anderson’s storytelling depends less on what happens than on a close look at his subtle and idiosyncratic characters.

Over the decades, his storytelling has depended less on what happens than on a close look at his subtle and idiosyncratic characters, many struggling with inner conflicts they can’t fully resolve. Immense emphasis is placed on their ages, physical motion, what they wear, and personal enlightenment — to the point that plot serves almost as scenery or background to these critical human ingredients. His plots are like highly intricate maps (he gives us many) across which characters navigate in search of meaning, a meaning that might well apply to all of us.

Background sets draw heavily on the captivating structure of buildings or their facades. As metaphors, they exist to suggest the complexities of the human search for identity. One example of this is in Moornrise Kingdom (2012) as the Bishop family’s New England island home resembles a well-equipped dollhouse where abstractions of youth and age synthesize. Others, like the familiar feel to the Victorian residence in The Royal Tenenbaums (2001) or the pink salmon coldness of the hotel’s exterior in The Grand Budapest Hotel (2014), suggest a world of both personal and objective histories.

Other particulars are captured through camera angles that suggest unique character perspectives without forgetting we’re all bounded by ineluctable horizons. Near the end of The Life Aquatic with Steve Zissou (2004), 11 crew members sit shoulder to shoulder, unmoving in the tiny submarine while fixed on something behind, even beyond us. In “Moonrise Kingdom,” Scout Master Ward (Edward Norton) and his troop are posed in a field seeming perplexed or contemplative. In 2001’s “The Royal Tenenbaums,” the Tenenbaum grandsons huddle with strangers watching a dog fight, looking in the audience’s direction as if we’re the ones they’re betting on. These are small but important brushstrokes. Everyone involved, including the viewer, matters.

At times, he goes further still. Again, in “Moonrise Kingdom,” Scout Master Ward marches left to right through the camp as if we’re watching a cyclorama, perhaps hinting that we all participants in the mechanicality of the world. In 2007’s “The Darjeeling Limited,” when a train stops in the Indian hinterlands, the brothers who are the focus of the story get off to discuss how to find their mother, who has abandoned them. Anderson tilts the horizon slightly downward over the shoulders of the men, making the world appear smaller, less intimidating, wrapping itself around the scene like a mother’s hug, as if to say “YOU will be okay.”

The plots of Anderson’s movies are like highly intricate maps across which characters navigate in search of meaning.

Details themselves can at times take center stage in actions that may appear trifling, this to suggest how objects can define us. Take the opening scene from Anderson’s recent “French Dispatch” (2021). A server hastily assembles a mixture of drinks, cigarettes, and other apparent sundries atop a tray to take to a journalists in a magazine office. For Anderson, the meticulous emphasis on the rapid, deliberate placement of items on a tray represents more than meets the eye. The Bar Tabac Journaux, the quintessentially French Gauloises cigarettes, the matches, the bottle of Vin Blanc Sec tell their own story about who these writers are.

Anderson’s associative details might explain why he’s become a bit of cult figure, even if Anderson dismisses all this. The web is awash in comments by viewers praising Anderson’s world vision, at times suggesting his fiction has become fact.

To say Anderson is trending is an understatement. A Google Trends analysis report in October, 2021 showed his name was more searched out than Denis Villanueve (“Dune,” 2021) and Ridley Scott (“The Last Duel,” 2021). This is true even though Anderson is no novice — he began with “Bottle Rocket” in the mid-1990s — and that the films made by the other two directors grossed far more than his most recent effort.

It is Anderson, however, who possess and maintains specific filmmaking intangibles that draw people to him at a variety of levels.

Though he may claim to be indifferent to details, Anderson creates worlds that are more than the sum of their parts, though the parts are nothing short of vital. In a world of more than eight billion people, this might help us all feel a little less crowded.