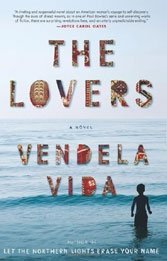 Widowed 54-year-old Vermont high school history teacher Yvonne journeys to a Turkish coastal town where she and husband Peter spent younger, carefree days. She will then join her twenty-something twins, Matthew and Aurelia, on an Aegean cruise. Two years after Peter’s death in a car accident she witnessed, Yvonne wants some time alone before the vicissitudes of her children again intercede (Aurelia is a recovering drug addict).

Once in Turkey, she befriends Özlem, the fickle, Western wannabe wife of her cheating landlord, who represents youthful frivolity, and a 10-year-old boy named Ahmet, who gathers seashells while not understanding a word she says. Stranger in a strange land, awkward, and no longer fortified by a determined husband, Yvonne grows fond of Ahmet. His damaged innocence revives an affection she thought she’d forgot. “You two laugh and play like lovers,” a local waiter says ominously.

Vida goes off the rails when Ahmet is forcibly removed from the narrative, an ill-advised effort to reemphasize and focus Yvonne’s fragility. Suddenly, a novel about and the subtleties of revival meditation veers toward West-meets-East cliché.

Still, Vida’s tense and nuanced portrayal of Yvonne compensates in part for travel-fixes-all nonfiction promoted by the likes of “Eat Pray Love.” Revelation is rare; the day-to-day is confusing; grief a container for sad but noble grace. Loss makes you a foreigner wherever you go.