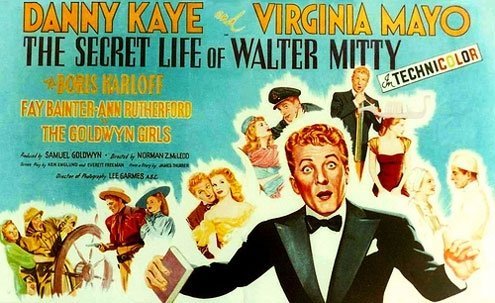 Filling up The Lost Time.
A

s boys, the time in which we thought we had nothing to do was called The Lost Time. The Lost Time came in summer or after school, when homework was done. To fill it, we’d congregate in a leaf-filled alley and rue our fate.

“Everything’s so boring,” said Petie. But he was also our Answer Man, our solution-seeker.

He’d invent telephone pole climbing contests or garage roof shingle-stealing competitions that involved reaching the roof despite the thorny bush. One scratch and you lost the race. Dexterity mattered.

He invented The Leaf Suit, consisting of maple tree leaves pasted to our foreheads and arms, which we wetted with drizzle to make stick. We’d attempt to frighten girls, usually failing, though local cats scattered. The few dogs seemed to approve of everything we did.

Since dogs were compliant we invented The Bone Game. We’d take tree branches, paint them white, rub them with bits of garbage and toss them. Desperately excited dogs would charge this fake food only to look back at us crestfallen. How could you do such a thing, they seemed to say. We laughed — though I felt for their deceived sorrow.

We guffawed about Boners, or erections, which we mostly knew nothing about but which older boys boasted about, particularly when a local girl named Sarah walked by. We’d call her flat-chested from across the street, a shortcoming we knew nothing about. She responded by kissing her boyfriend Tony in front of us. We were silently enthralled. “You’re just a bunch of little kids,” she grinned.

That Sarah knew more about the world, whatever it was, made us melancholy. So we responded with further industry: In Petie’s basement we made a road-race set from pieces of plastic track and directed cars around the room, the transformer glowing red. Petie told us about his plans, including building robotic monsters and finding ways of getting reversing rainwater to defy gravity and return to the sky. We were wide-eyed.

To fill The Lost Time we daydreamed. We loaded empty time with make-believe incidentals. We moved in small primeval packs, unconnected to any larger conformity. Our solitude condemned us to minor invention.

Cities and technology have lately subtracted from The Lost Time. Youth is a phone and its adjuncts, a state of constant connection. Going solo has its own perks: Wondrous but isolating games.

Indulging nostalgia is tricky. I have no illusions. No doubt Petie’s clan, me on its fringes, would gladly have put pods, phones, and games ahead of garage roof adventures.

But today’s clans have their hands full, literally. One communication folds into the next, and the next. The new Lost Time is the intervals between calls and messages. It’s not the same thing.

Our intervals were broad enough to demand the introduction of eccentricity and mischief, which was up to us to invent. Something-from-nothing cleverness mattered. And cleverness helped tease out character. It also helped with solitude.

On days when Petie and his crew went adventures that were too bold for me — riding bikes down the big hill with no hands, for example — I retreated home, where I divided my time between comic books, model ships, and the most fundamental of Lost Time activities, Walter Mitty-style Heroism.

I’d take a tennis ball and pretended to be a baseball pitcher, throwing the ball against the wooden wall of our front porch ensuring the ball bounced only once. More than once and I was self-eliminated. Some of these ball sessions last hours. A great and mighty player, I was a child of destiny. Massive crowds roared from the pine tree, where sat hundreds deep watching my skills. But I was a modest hero. I met their acclaim only with an occasional, respectful nod.

I won hundreds of games on the porch. I thought of stadiums, space travel, girls, and worked to refine my loathing of certain teachers. I even frightened cats.

My Lost Time, I now know, was rich in detail because the daydreams of elongated adolescence required persistent self-reliance.

The Lost Time has since been rescinded, or so it seems. Phone in hand, recipients prearranged, filling lost-ness is automatic.

Daydreaming and the great pretend life it conjured is in its way archaic and irrelevant. Both days and dreams are subject to devices whose mere usage gives days and weeks their context.

The Lost Time is the circus of yesteryear. Now, it folds its tent, tends to its wrinkles, and slouches toward Jerusalem.