The Lost Ships of Pisa 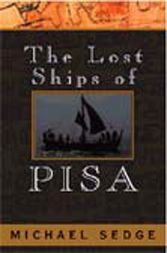 t’s easy to forget that Pisa, now lying four kilometers inland, was once like Venice, Genoa, and Amalfi, one of Italy’s four great sea powers. But when railroad workers began digging the foundations for a new train station at San Rossore in the heart of the city, they stumbled across a 2,000-year-old ship, a remnant of Portus Pisanus. Since then, excavators have unearthed findings comparable to an underwater Pompeii, a fleet of well-preserved naval and commercial vessels filled with wares and relics that shed light on the lifestyle of the ancient Romans. Filled with interviews of historians and archaeologists.