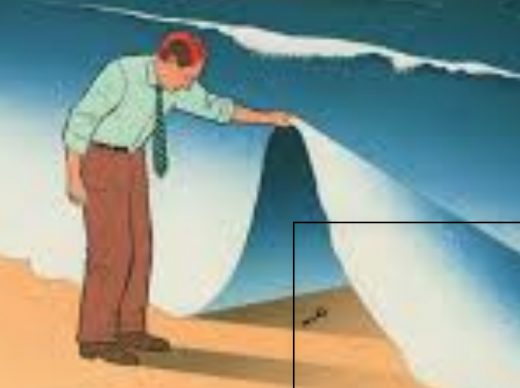 "Mente locale" can lead to all manner of reflection, and discovery,
E

arly into what would become a lengthy Rome sojourn I asked a man standing alone at a bus stop for directions to where I was going. I was lost amid bus lines and tram tracks and trying to find the Coliseum, which, little did I know, was just down the road from where I stood at that moment. But to the lost, to remain lost seems inevitable, if not captivating (“Oh, that magic feeling, nowhere to go,” wrote The Beatles). So it was in the pre-app world.

My question seemed to plunge the man into deep thought, as if I’d presented him with an arcane mathematical problem that was his alone to solve. He pulled on the sleeves of his jacket and finally spoke the following line.

But before he could go through with whatever the line suggested, his bus arrived and he boarded it, gesturing me to walk in the opposite direction, one that if I’d followed would have seen me retrace my steps.

At the time, my Italian was the fractured sum of disconnected phrases and I was always eager to learn what words and phrases meant.

So it was that the man’s comment stuck in mind for hours, if not days. I was a solitary sort. I had few Italian friends. My mother, who lived in Rome, was at the time away in the mountains.

I was left digging among verbal entrails for clues into what I’d been told.

That left me to parse his hieroglyphs.

Not so for mente locale, alien icing I at first I translated as “local mind,” or “mint” or “menthol-mind.” But none of this made much sense since even had the mystery man been demanding menthol cigarettes in exchange for directing me toward the Coliseum, he would have used menta — menthol — not mente, mind. More to the point, I seemed all but alone in Rome as a smoker of menthol cigarettes, considered an offense to tobacco purists.

While I enjoyed the thought of “menthol mind,” I soon set it aside as unrealistic.

That left me at square one, digging among verbal entrails for clues into what I’d been told. The easiest way of dealing with this problem would have been to follow his gesture. But it struck me that the gesture was merely a placeholder for “I don’t know,” which Rome residents are reluctant to say under any circumstances, since it’s inhospitable and pessimistic. They’ll often point you anywhere rather than tell you they’re clueless, just as they’re likely to tell a terminally ill man, stuck in a cancer ward, that all will be well — vedrai, “you’ll see” — though he might not live to.

But my man hadn’t openly opted for any of these outs, instead asking for a minute to get his “local mind” in gear, the infamous mente locale that the bus’s arrival had interrupted.

Only then did it come to my local mind to think of my own language, English. What did many people say when they didn’t know the answer to something but wished to ponder it for a bit longer? “Let me think about it” or “Give me a moment.”

It then hit me that the man’s comment was a kind of watercolor vernacular, perfect in its assertive refusal to hint at whether any reliable reply was forthcoming.

Fare mente locale was the Italian “Give me a second to think about it,” but with the critical impersonal pronoun “it” lacking any can-opening heft. The Rome “Let me think about it” was a cosmic sort of answer that spoke above all to good intentions, not directions. Rome’s “local mind,” I would learn in the years to come, left men without prospects and women seduced and abandoned. And if you questioned the direction of the local mind you might well receive a curt, Ma che problema c’e?, as in “What’s your problem?” even if you were asking, for the fifth time in a week, why you hadn’t been paid in five months. Too often, the local mind simply didn’t work.

Mente locale was a way to buy you time — until the bus arrived to save the day.

Mente locale was also a way to buy you time — until, say, the bus arrived to save the day. It could also rescue you from even more daunting queries, as in, “Is there a public toilet around?” A looser take on mente locale might be, “Good question. Let me give it some thought.” How much thought, and how much time varied, along with expertise. Will a butcher tell you all you need to know about fish? Of course he will. The local mind saves face.

Americans may have their own equivalent, since “Let me try to wrap my head around that” doesn’t necessarily mean you get the picture, or the girl.

I do wonder even today whether the man, after his mind-dip, would have emerged with clear directions to the Coliseum. Perhaps had the bus not come the entire cosmos would have reordered itself in a way that would have allowed him to say, “Keep walking straight, turn left after 100 meters, and you’ll see it.” After another stretch of lost-ness, that’s what I did.

But the experience taught me a lesson. The next time someone asked to apply mente locale I was driving from Montepulciano to Pienza in rural Tuscany. By then a veteran of kind-hearted disingenuity, I immediately waved him away. “Don’t worry about it,” I told him, clearly interrupting the local mind at work. “I’ll find it from the map.”