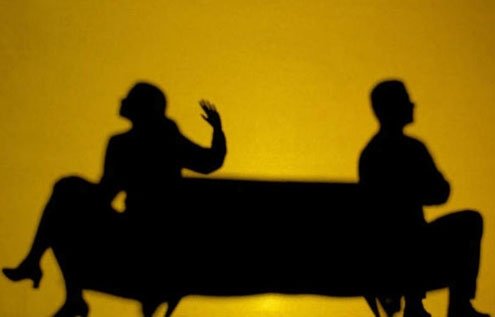 Taking the hard line can be a necessity.
T

here’s a very fine line between friendship and strong emotions, something my job reminds me of constantly. As I’ve mentioned before, I try giving my clients only a part of my being. Think of it as a dosage. It’s the only way I can maintain my personal bearings.

When my affection collides with that of a client, I know there’s trouble ahead. It’s even worse when a client wants an intimate, emotional relationship when on my end it’s all business.

At times I’ve been cruel. I’ve had to be.

When a client gets a crush on me, my usual response is to close out the relationship, and tell him so. I do it because I feel something like disgust. The man hasn’t done anything wrong, but the relationship changes. The man starts pressing and I’m no longer challenged. I lose interest. I can become a human disappearing act. I ignore calls and text messages, many filled with “you don’t know what you mean to me…” pronouncements.

In a few cases I’ve become friends with clients I once dealt with only sexually. Take client G., for example. When we shifted out of the “business” side of our relationship (or so it seemed), he became a major figure in my life, one of those rare people in Rome you can call at 3 a.m. and saying “Hey, talk to me, I can’t sleep.”

While I was glad to have him as a friend, I was also knew the real situation was a lot less simple and straightforward, at least for him. Yes, we were friends who could meet for coffee and only coffee. But it was also obvious that he still saw me an object of desire first and as a friend second. The hierarchy was obvious and the line was thin.

We’re back to lines.

Sometimes I’d meet G. and he’d suddenly tell me he wanted to have sex. “You know the rules, my friend,” I’d reply. “Business is one thing, friendship is different thing. So…”

It was strange and difficult at first, but we gradually created separate worlds so that our “business sex,” when it happened, didn’t upset the other side of our relationship. I absolutely needed to occupy two different spaces, so I positioned myself as a friend who was also, say, his accountant, keeping work and feelings separate. It’s unorthodox, I admit, but my world (no regrets) doesn’t make these kinds of things easy.

Which brings me back to my relationship with C.

As I wrote in a previous column, C. completely blurred the line between business and friendship. Slowly and surprisingly (at least for me), I fell for him. I’d go to him thinking business but lose my bearings.

Once, after spending a lovely day together, C. dutifully left his cash on the table. I couldn’t take it. When he noticed it sitting there he asked me if I wasn’t forgetting something.

“I can’t take money from you anymore,” I told him straight out. “You’re not just a client.”

The pleasure of being with him outweighed both business and money. The line between friendship and business had gotten so thin that it vanished, or I stopped knowing it even existed. Recognizing that fact was and remains among the best choices I ever made.

When I finally opened my eyes about C. (whom I now consider part-friend and part-lover) I realized that I tended to lavish attention on people who didn’t appreciate me, and that I paid much less attention to those who were more deserving. It all hit me in a flash.

Lines exist, and they’re complicated, but sometimes they need crossing. The result may not necessarily be good. But when it is good it can be a small miracle. I’ve made both kinds of crossings. The important thing is to know that while doors exist to close, they’re also around to open. You just need to know when.