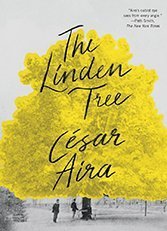 This pensive little memoir by the Argentine fantasist César Aria deals with remembrance as a child might handle a hamster, lifting it up to probe its fur and flesh for clues to the metaphysics of being. Aira was born south of Buenos Aires in Colonel Pringles, a small city named after a Spanish American independence war hero. The jigsaw recollections that drive this book (thinly disguised as fiction) range from infancy to Aira’s early teens, a period that coincides with the rise, first-time rule, and 1955 fall of working-class autocrat Juan Perón and his legendary wife Eva.

Aira’s father was a grumpy electrician, his mother a garrulous dwarf (or close), and his one-child family nested in a single room — no running water — of what was once an ornate lodge-like hotel, its dozens of rooms empty except for one. These decrepitly palatial quarters add a surreal tincture to Aira’s recollections.

He consolidates his memories through loosely connected anecdotes, most involving a chubby pre-adolescent insomniac boy “prone to rebellious outbursts” but also insatiably curious. “Memory might be playing tricks on me,” he writes early on, but if so he delights in those tricks. Even his disclaimer is charming: “Although these events have been adorned, deformed, and enveloped in the prestige of legend, they really happened.”

Among the happenings are the bagworms little César refuses to burn, so they end up on his ceiling. Also present are the building’s feuding landlords who show up for an annual auction that always goes nowhere. César concocts the “little corner game,” in which he tries fooling pedestrians by running after turning a corner to appear magically far ahead. There is an early apprenticeship with an accountant, his ledgers generating an affection for words. Vital is little César’s “morbid fascination with madness, particularly the madness that is latent in normality,” a theme that will dominate his fiction.

Father electrician first venerates Perón but must later keep silent. Mother dwarf loathes Perón, focusing instead on radio plays (radio was the iPhone of the era) and wedding day magic, the “beautiful utopia” inhabited by “the world of the fiancées.”

Aira, who wrote this in 2003, tries to evoke a time before time, as if he arose from a mood, a set of sentiments and quirks, self-absorption resolved into a place with a name, Pringles. It’s an exercise in random retracing carried out with dreamlike aplomb, with “language, spinning freely in a void, eventually [opening] onto something beyond words.”