The limits of history 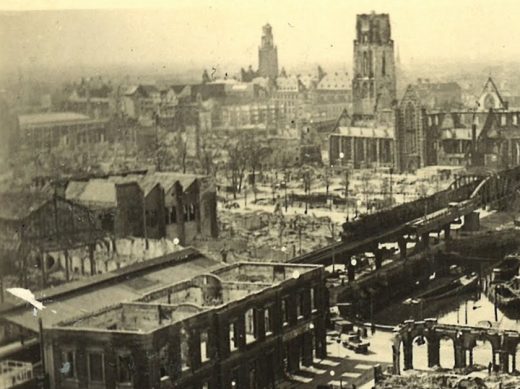 Marshall Plan money helped rebuild postwar Europe, but altruism may have had nothing to do with it.
P

olitics, to tinker with an old saying, does anything but end at the water’s edge. Washington is busy arguing over how the United States should behave abroad. On the left, presidential hopefuls are outlining what the U.S. role in the world would be under a Democratic administration. On the right, Republicans are rethinking some of their positions as President Donald Trump updates the Bush-and Obama-era playbook.

Parallel to this broader foreign policy discussion, a subset of policymakers, academics and public intellectuals are debating history’s relevance in U.S. strategy. These intertwined conversations are a promising development for American policymaking.

For some critics, history — with its accumulated benchmarks and precedents — is no longer relevant to the conduct of foreign policy.

In the online national security publication “War on the Rocks,” Frank Gavin and Hal Brands argue that while noted historians (they mention Arthur Schlesinger Jr. and Richard Pipes) once informed policy and exchanged views with politicians, the trend now is to “talk truth to power” rather than working with it in academic conjunction, now seen pejoratively as a “presentist” approach.

Writing in the “Washington Post,” commentator Max Boot recently blamed a lack of historical understanding for the Trump administration’s failures. Officials who knew and understood the lessons of history, he wrote, would not invoke the menacing “America First” as a slogan. Nor would they have imposed tariffs, given their sorry record dating to the ill-fated Hoover-era Smoot-Hawley tariffs.

But while it’s true that that an awareness of history can inform policy, expecting it do more is a risky bet.

In fact, Boot used his “history lessons” argument to inveigh against current policy choices rather than attempt to make sense of them. His approach was similar to that of historian Robert Kagan and Obama administration official Antony Blinken, who in a recent piece also embraced the history argument. They, however, forthrightly argue for a policy program, a more involved U.S. global posture, rather than assume that history itself made the argument.

To a greater or lesser extent, these authors seem to be addressing history as a kind of life force that can be summoned to help formulate policy.

That’s an ironic perspective when history as applied to foreign policy should in fact serve to encourage skepticism rather than certitude.

Take Marco Rubio. The Florida senator is busy with two very different foreign policy projects. A vocal critic of the Nicolas Maduro regime in Venezuela, Rubio’s wish to help the Maduro opposition squares with longtime U.S. involvement in Latin and South America. In 2018, Rubio explicitly turned to history by calling for a Venezuelan Marshall Plan.

But it’s a call that also shows the limits of “casual” history.

Steil attempts to compare the Marshall Plan’s place in the policymaking imagination — “the most noble adventure,” one history called it — to how it was viewed at the time, which was not in keeping with solidarity, idealism or charity. Instead, postwar policymakers determined that supporting Europe economically would put Washington one up on Moscow.

That detail is often lost on 21st century U.S. officials, who tend to put the aid ahead of its motives.

Marco Rubio and others want Venezuela’s Nicholas Maduro out, but are they right to cite the Marshall Plan?

Steil’s contextual work is a good example that modern-day policymakers should be examining. But doing that might admittedly produce more doubt than assurance.

If historical context might help guide Rubio’s (fairly mainstream) approach to Venezuela, it would be especially helpful in informing his evolving view of China. Rubio has recently called for an American response to Beijing’s plan to compete with the U.S. in high-end manufacturing (the so-called “Made in China 2025” plan). If China were to replace the U.S. at the helm of key sectors — aerospace stands out — the result, says Rubio, would be “an unacceptable outcome for American workers.” For that reason, Rubio said Washington might have to consider defensive measures akin to an industrial policy. This turn from longstanding market orthodoxy has not gone unnoticed bv other Republicans.

Context and perspective are vital. Using history as a tool for exploring the past, and not as a policy prescribing instrument, might help politicians like Rubio navigate the myriad paths that states have taken to foster their development.

Just as the trade wars of the 1930s were far more complex than the way they’re now represented in op-ed pieces, so is industrial policy. A careful reading of the 2013 book “How Asia Works: Success and Failure in the World’s Most Dynamic Region” makes it clear that states like China, Japan, and South Korea have always bucked traditional, and Western-driven, development strategies.

But learning these lessons requires an open and inquisitive mind. It also means setting aside preferred positions and examining the record. Doing so, policymakers might not find quick fixes, which mostly don’t exist, but once and for all set aside the idea of easy choices.