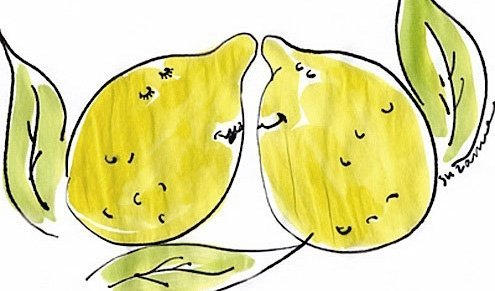 Romance, I’ve decided, has a knack for self-fulfillment.
I

dated Enrica, an art student from Puglia who sat straight up in bed in the middle of the night the first time we slept together, jabbing a sharp finger into my shoulder and warning, “don’t you hurt me,” which practically guaranteed I would. I dated Valerié, a beautiful, withdrawn French girl who probably liked me even less than I liked her, and we’d spend hours taking our loneliness out on each other in dispassionate embraces. I dated Martha, a bleached-blonde Californian who found everything I said hilarious, and who disappeared from my life one night from the middle of the Campo de’ Fiori on the back of a slim Italian boy’s battered blue Piaggio Si.

There were others, desperate and lonely experiences fueled by that irresistible desire to be irresistibly desired. Thankfully they’ve faded from memory, replaced by more vigorous encounters.

Romance, I’ve decided, has a knack for self-fulfillment. The only price is patience. I was lucky. It only took me 18 months in Rome to find it. I hardly had time to realize it was what I yearned for.

We met under a lemon tree on a rooftop terrace somewhere on the Nomentana. We were both guests at a graduation party, Serena because she was a close personal friend of the festeggiata; I because I was male and once again single.

I don’t remember how we began talking. I remember being introduced, shaking her hand and promptly turning away. She was petite and beautiful and refined and clearly far enough out of my league not to be worth so much as a scrimmage. But then dinner was served and more guests arrived and by some strange alignment of the stars we ended up alone together.

She was wearing a simple white silk dress and stiletto heels. She was slightly tan, and smelled like the beach. She told me she and her friends had flown down from Milan for the party, and that they had spent the entire day lying out on the beach at Sabaudia. She might as well have told me she was an oil well specialist who’d flown in to drill the Tiber. (I’d prepared for the party by teaching three back-to-back English conversation lessons.)

I realized we’d never understand one another. Different languages, different cultures, different everything. But by then everyone else had sat down and started to eat, and we had no choice but to follow suit.

Our conversation was fitful: a pidgin of English, Italian and a smattering of French. While we talked, her girlfriends got drunk and took pictures of us, snapping, giggling and dashing back to the wine bar.

Before long our idle talk began to peter out. I made a few half-hearted comments about the heat. Serena sighed. I tried to make a light joke about one of the more extravagantly dressed guests, but she didn’t understand and I left off, aware that laborious explanation would assassinate what had been weak humor at best. Serena spun the stem of her empty wine glass between her fingers and smiled.

I stretched then, trying to pull my damp shirt cloth off my back, or perhaps preparing to spread my wings and fly off the terrace to a world where there was no such thing as embarrassing silence.

Instead, I scratched my arm deeply on a long, thin green thorn on a tree.

An exclamation, curses, blood, an impromptu bandage made of a white cotton napkin … suddenly we had a new subject. I grumbled that I’d never seen a tree with thorns. She told me it was a lemon tree, pointing to the dark green buds that would swell to yellow lemons in the fall. She told me that her favorite poet in the world wrote one of his best poems — I limoni — about the lemon trees in his courtyard.

“Sure,” I lied. “Ossi di sepia.” I had spent the second of that day’s interminable conversation classes with the director of Radio RAI — a fat man with a white handlebar moustache and bad breath — who dwelled on Montale.

“It’s incredible,” said my future wife. “I don’t know…he is tradotto…how you say? Changed into English.”

“You surprise me,” she said. And I really had.

The party moved inside. Someone turned up the stereo and people began dancing. But the beautiful, young, white-silken woman and I stayed outside under the tree, talking and faltering and smiling and talking again.

Nine years, three cities, one marriage and a two-year-old son later, when people ask my wife how we fell in love, she tells that story. “He read Montale,” she says. “When he told me that, I knew right away he was someone special.”

Years later I memorized the entire poem — in Italian — and recited it when I proposed. I gave her an engagement ring with a branch of gold that curls around into three jeweled lemons.