The Lamborghini VI (or, Nell’s impermanence) 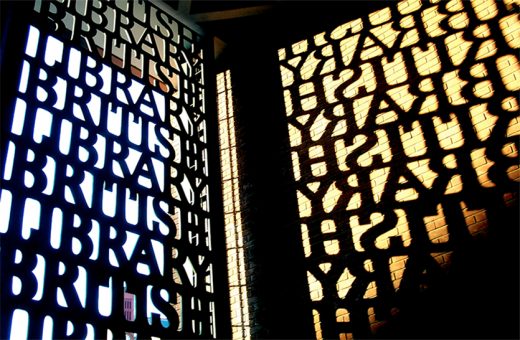 Don't worry about the writing on the wall, but do look into a power of attorney
T

he silver Lamborghini eased into the drive with the aura of a jungle cat on medication. When Nell got out I could see she was the reason. Unsteady on her feet, she walked the path to the office as though the cobblestones were fighting her every step. The pale, willowy woman I saw was not the fiery one I had come to know.

Nell entered my office and stood in a daze. “My friend Patrick’s dead,” she said. “He died of malaria and kept it to himself until the end. He meant a lot to me.” I told her he sounded brave. “Yes” she replied, “but also selfish. Patrick had the disease for five years. He lived in the Netherlands so I didn’t see him often but it puts a lie to our relationship over that time.”

I wouldn’t judge him, I told Nell. I thought he deserved the benefit of the doubt. It was he who was living with the disease. I was sorry for her loss but had to ask her why she had come in.

“Patrick managed his affairs on his own and in the end he fell into a coma. He was able to deal with his life up to that time. It hit me that I might not be so lucky.”

Nell was right of course. My father died at the age of 82 sitting in a chair waiting for a niece to pick him up for dinner. He was never incapacitated but it could have gone another way just as easily. I know many people would pay good money to go that peaceful way but it’s best to be prepared in case you don’t. We all come to reflect on our impermanence at some point. I asked Nell what she was thinking.

“I have good friends and acquaintances in Italy but not extended family,” she said. “That would be a problem for me if I became incapacitated. Who would watch over my assets, follow my wishes for health care? I’d like to work out who that would be in advance — I mean now — and appoint them legally.”

I told Nell her desire to prepare for that eventuality was smart but that there were things she needed to know on how Italian law works when someone is incapacitated.

In Italy, when an ailing person can no longer handle his or her own affairs and someone with legal authority is necessary, it is common for a family member or friend to petition a court to appoint an Amministratore di Sostegno (administrative guardian).

Italian law provides for the use of a general power of attorney to allow someone to handle personal affairs while an ailing individual is still alive. But this comes with two essential caveats. First, this general power of attorney becomes ineffective once the grantor is incapacitated. Second, these documents are often not specific enough to allow those who have them the power to transfer real estate.

I told her not to sell Italian law short. It often works very well with foreign laws, especially those of the United States. In her case, as a U.S. citizen resident in Italy, there was a solution.

According to Article 20 of the Italian International Private Law, the legal capacity of physical persons (individuals in juridical language) is regulated by the law of the country of the person’s nationality. Legally, this would allow someone in Nell’s position to have a power of attorney prepared in accordance with the applicable law of the U.S. state to which she has the closest connection — New York. As most U.S, states, New York permits the use of a “durable” power of attorney, which continues to be effective even after the grantor’s incapacity.

“My friend Patrick’s dead,” she said.

Nell wanted to know more. I told her she could also give her grantee powers to enable the person to deal with her real estate in Italy as long as the powers were clearly described. Lastly, I told her it was necessary that it be explicitly declared in the durable power of attorney that it was her intention to have it survive her incapacity.

Nell asked where she could get a New York durable power of attorney done. I told her she could download one from the web but given her situation, I suggested she let me work with a lawyer in New York to get her the form and contents right for her.

Once the durable power of attorney was completed she could execute it before a Notary in the U.S. or at an American Consulate. If the former, the document would need to have an Apostille (international notary validation) form attached. We would then have a sworn Italian translation done, at which point the document could be registered with a Notary in Italy and then be legally valid for use in Italy.

“Now what about health care if I’m incapacitated,” Nell asked. I reached to a folder and gave her a copy of my column “The thin frail line.” I suggested she read it and know that health care proxies are now common in Italy. We could talk about giving legal powers over her affairs and health care in the event of her incapacity when she was ready.

Nell started to shudder, and couldn’t hold back her tears. When she was composed, I said it’s not your incapacity your worried about, is it?

She shook her head no. We both knew that it was her mortality.