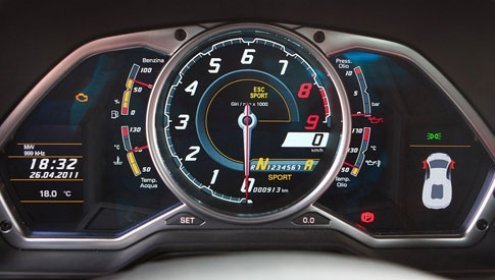 Entering the red zone is a bad idea when it comes to outstanding U.S. taxes.
M

aybe it was a sixth sense, but I looked up just before the powder blue Lamborghini streaked past my window and I heard the now familiar spray of stones from its braking tires. I knew it was Nell. The IRS had issued new and more lenient regulations allowing truant U.S. taxpayers with overseas holdings to come in out of the cold. Nell’s unannounced visit was to be expected. What was unexpected was the sound of a small dog barking and two women yelling as they got out of the sleek car and made their way noisily to the office door.

“You live in the U.S., the IRS is going to kill you,” Nell shouted.

“Yes, and you lied,” came the retort through the barking.

Nell entered my office in full attack mode, followed by a second woman pulling a black pug that seemed to want to go the other way. I was in for a long morning.

“This,” said Nell, “is Marney,” pointing to the other woman. “She lives in Minnesota and is visiting me in Spoleto. Her dog is Chloe.”

We then got down to business. I’d told Nell about Streamlined Compliance and Offshore Voluntary Disclosure (OVDP) rules the last time she visited.

What had she done since? Nothing.

Marney, meanwhile, said she had accounts and other assets in Austria that she’d never declared. “We read something about big changes in these programs,” added Nell, “so we wanted to come in to find out what’s up.”

“Good timing,” I told them (aside, that is, from not making an appointment.) By this time Chloe had turned Zen and settled into Marney’s lap.

On June 18, I told them, the IRS had offered an olive branch to negligent U.S. taxpayers through revisions in its Streamlined Program. Though the program still required filing of three years of previous U.S. federal tax returns and six years of past Foreign Bank Account Reports (FBARs), the eligibility criteria had been changed significantly.

The IRS had dropped the demand that a taxpayer owe $1,500 or less in income tax in each of the three previous years and eliminated a lengthy intake questionnaire. ‏Also, taxpayers could now submit amended forms even if they owed more — so long as they certified that their failure to report income, to pay tax on foreign assets, or to file a FBAR was unwillful.

Nell said she had only one return, from 2010, that needed amending. She also reminded me that she’d never filed FBARs. She excitedly believed the new Streamlined Program would work for her in place of the OVDP.

“Yes,” I told her, “except that you lied to the IRS agent in the audit of the 2010 return saying you didn’t have any foreign accounts. That could be seen as a willful failure to declare, which would leave you out of the Streamlined Program and put you at risk of civil and even criminal sanctions.”

The OVDP, I told her, was still a better choice. The OVDP, as a disclosure, would protect her from potential criminal sanctions while maintaining her eligibility for the new program. She could make the case that her response to the IRS agent was unintentional. If the IRS agreed, she could potentially be accepted into the Streamlined Program.”

She said she’d think about it.

“Don’t think too long,” I replied. On July 1, 2014, a new penalty structure goes into effect. Truant Americans with foreign accounts in banks that are under public investigation by the IRS — and there are many — face a penalty jump to 50 percent (up from 27.5 percent) of the undeclared capital.

Nell nearly leapt over my desk. “Why that’s robbery, I’ll not have it, I’ll…”

I stood up to meet her wild star. “Listen Nell, these Offshore Voluntary Disclosure programs have been around since 2009. The IRS is only going to get tougher on those who continue hiding assets.”

Nell began pacing around the room. Now Marney, unlike Nell still a U.S. resident, piped up: “What about me? I’ve never declared my Austrian accounts or the income from them. I didn’t know I had to.”

“You are eligible for the Streamlined Program with one catch,” I told Marney. Though that program was now available to both U.S. residents and non-residents, qualifying U.S. residents had to pay a five percent FBAR penalty on undeclared capital in their foreign account.

Non-U.S. residents eligible for the Streamlined Program, I said, could make up for their dereliction by paying any back taxes owed on the past three years. They could also file their Foreign Bank Account Reports without facing a penalty.

“Some would consider that a decent deal, and that might also apply to Nell. Unfortunately, the five percent penalty applies to you,” I told Marney, who unlike Nell is a U.S. resident.

Bristling, Nell yanked the door open. “I’ll get back to you,” she said, storming out. Marney was calm but bewildered. “Your friend Nell,” I whispered to her, “could use a Chloe.”