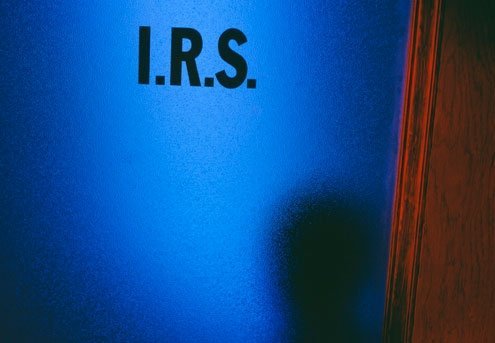 Trying to fool the IRS when you have money tucked away is both unwise and illegal.
F

rom my office I heard the crush of gravel as a fast moving car braked to a halt. A door slammed and a few seconds later Nell burst into my office, heading my way like a steam engine approaching the platform. She pulled up in front of my desk and slammed down a letter. It was from a Swiss bank.

“Take a look at that!” she demanded.

“I don’t need to,” I said, “I bet it says that the bank is about to report a Swiss account you have to the IRS.”

She blinked. “How did you know?”

I told her Swiss banks had been buckling under U.S. rules requiring all foreign banks to report accounts held by U.S. citizens to the IRS. The banks write to American clients saying that they’re about to reveal all. In some cases, they tell clients they must close their accounts.

She had nothing to worry about, I said, if she’d been reporting income from her Swiss account on her U.S. 1040 Form and also reporting the account to the U.S. Treasury on the Report of Foreign Bank and Financial Accounts (FBAR) form.

Nell sat down. “But I haven’t been reporting the account,” she said, her anger level falling a notch. “In fact, in 2010 I was audited and I even told the IRS agent I didn’t have any foreign accounts.”

She looked up and began, “But…”

“No,” I countered, “No excuses. The IRS goes for blood when it smells a felony. It’s one thing to make a mistake, quite another to commit tax fraud. You don’t need to be Al Capone to follow in his footsteps.” Tax evasion, lying and filing a false return (or not filing one at all) qualify as criminal offenses, I told her.

“What I was going to say,” Nell countered, “is that I had such a hard time opening the Swiss account in the first place that I didn’t want to have the IRS cause any problems that might risk my losing it.”

“Listen carefully,” I said, “Negligence, a mistake in failing to file a return or report income, carries a 20 percent ‘accuracy related’ civil penalty. You committed fraud and that carries the possibility of jail time plus a 75 percent civil penalty.”

“With fraud,” I went on, “the government needs to prove the taxpayer’s intent to evade tax laws. But when you file a false return, all it needs to do is prove the individual’s intent to falsify. It’s a much lower burden of proof and they already have your false statement.”

Willful failure to file the FBAR, I added, could make her subject to both criminal sanctions and civil penalties (for each year the FBAR wasn’t filed, it’s the greater of $100,000 or 50 percent of the balance in an unreported foreign account.)

“So what am I to do?” she asked nervously.

There are two IRS-approved ways to address past omissions, I told her. One is the Streamlined Filing Compliance Procedure, available to U.S. taxpayers living overseas who should have but never filed tax returns for the past three years and owe $1,500 or less in tax. The taxpayer files returns for those three years plus the last six years’ FBARS, pays any past taxes due (plus penalties for late filing and late payment and interest). After that, no further fines are levied. But since Nell had been filing, that option wasn’t available to her.

Her only route was a second option, the Overseas Voluntary Disclosure Program (OVDP). She would need to file her last eight years’ worth of tax returns, the FBAR forms, as well as disclose all under-reported or unreported income and non-U.S. accounts.

As with the Streamlined program, she’d have to pay any past tax due plus penalties and interest. But OVDP also came with FBAR-related one-time penalty of 27.5 percent, to be assessed on the highest aggregate value of all foreign accounts during that eight-year period

“Criminal sanctions are waived,” I replied. “It’s a trade-off.”

“If the FBAR penalty is higher than what you’d owe applying the maximum penalties under the regular penalty structure, then you’d be able to opt out of the FBAR penalty and still have protection on the criminal side. That’s the benefit of the OVDP program.”

Distraught, she wailed: “Can they arrest me? I can’t go to jail!”

Technically, she risked both, I told her, but neither was likely. If the IRS Criminal Investigation Division decides it has proof of fraud, it can use existing treaties and agreements to seek arrests in foreign countries and extradition back to the U.S. That said, the IRS punishes fraud criminally less than five percent of the time. It’s expensive, time-consuming and usually reserved for more serious offenders.

“So this OVDI is the only option?” she asked.

“In your situation it’s the safest one,” I replied.

“And what about confidentiality?”

“The attorney-client privilege applies to criminal matters but not to non-attorney tax practitioners,” I told her. “Give it some thought and let me know what you decide.”

Nell got up and swung her Prada bag over her shoulder. I looked out the window and watched her climb into her metallic light blue Lamborghini. I heard the purr of the engine and then a slow crush of gravel as the sleek machine pulled out gently, like a cat with burned paws.