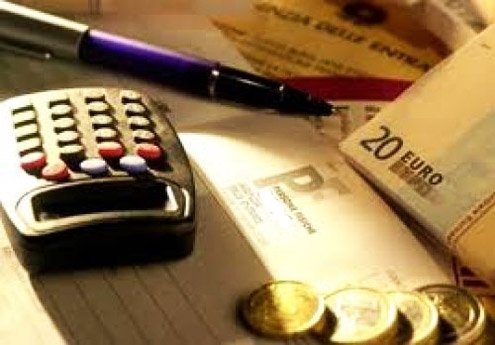 ell was back and more confident than ever. Her relaxed smile made it clear she’d had made it through a difficult decision — and with her faithful Lamborghini parked outside I figured she was going long on Italy.

It was true, she said. After lots of introspection, she had come to understand that she couldn’t have it both ways. She was a registered resident in the Umbrian town of Spoleto and intended to live there more than six months of the year. She had accepted Italy’s right to tax her worldwide income.

She’d bitten the bullet and paid the past income tax, penalties and interest due for earlier years. Nell was also negotiating with the Italian tax authorities over having failed to declare fund transfers she’d made from her U.S. bank accounts to her account in Italy on previous returns.

Now that she was clearing up her tax situation she wanted to know what was “going on” with Italian banks. Nell had heard there were new anti-tax evasion laws in Italy that would place everyone under scrutiny, especially someone like her, who routinely transferred monies from an account in one country to an account in another. She didn’t like that one bit.

It was true, I told her. The system had shifted. In the past, Italian tax authorities only received minimally useful tax related information from the banks — reports on individual money transfers when they exceeded €10,000. Getting fund transfer data was an erratic process that still failed to provide an individual’s complete banking profile. No more.

Staring June 24, and applicable to the calendar year 2011, all Italian banks and financial intermediaries were compelled by law to give domestic tax authorities the names, tax code numbers, beginning and end of year balances, financial movements (debits and credits) on all bank and investment accounts, mutual funds, pension funds, derivatives, fiduciary relationships, purchase and sales of gold and other precious metals. They also had to divulge information on safety deposit boxes.

The banks have until March 2014 to transfer information regarding the year 2012 and until October 2014 for all activity in 2013.

Domestic tax authorities will use the incoming details to supplement databases that already include an array of information (individual tax returns, ownership of registered assets, homes, cars, club memberships, and so on). They will then determine if further investigation is warranted. Someone whose bank, income reporting, registered assets, memberships, and so on, are significantly out of sync are likely to end up on a “suspicious taxpayer” list and be subject to more stringent inspections.

So instead of having to dig up bank data on an individual taxpayer, officials will now be able to scrutinize all taxpayer bank movement, setting up parameters to identify “persons at risk of tax evasion” and focusing on those who pop up as potential evaders. The data-compiling process is expected to be up and running by October.

But I did give Nell a bit of good news. Italian tax authorities recently eliminated the old requirement of listing all bank transfers in and out of the country.

“So that’s it then,” said Nell, reflecting on all I’d told her, “bank privacy is done.”

What, she wondered, would her estate tax exposure be now that Italy would have a clear view of her worldwide assets?

Though Nell was asking the right question, the answer will have to wait until Lamborghini 3.