The kisses left behind 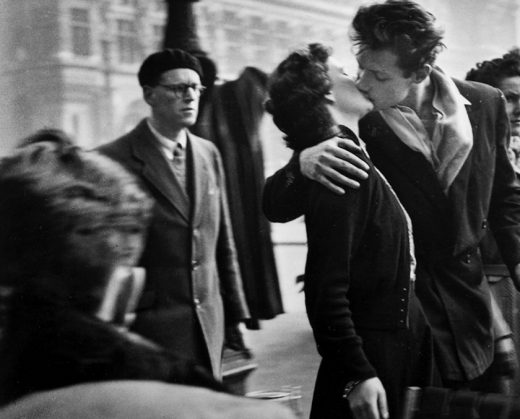 In the end, Paris will defeat a writer. But it’s not a failure that matters. The defeat confers no sense of loss or embarrassment. It comes with no punishment or sad sense of being vanquished. And the reason is, Paris never gloats. It is aware that a writer must try to capture at least a moment of a Parisian day, though he cannot describe its essence.

Many have tried, more or less successfully, and many still continue to. They’ll probably never stop trying.

I first met Paris at 18, in April 1976. I don’t believe in reincarnation or past lives. I see it as bunk. But the first time I stood in front of Fontaine Saint-Michel on the Left Bank, I was overcome with the sense that I somehow belonged to the scene. More than 40 years later, this September, I found myself standing across the Seine from Notre Dame, construction cranes perched precariously over the ruined cathedral’s burnt leavings like sleepy flamingoes. And that feeling of belonging returned.

To wander Paris years later is to relive indelibly vivid memories in a Technicolor diorama.

In the intervening decades, I had lived in Paris for as long as four months at a time. I’ve lost count of the number of times I’ve visited it, both alone and in company. Often my memories come with a “we.” We wandered the Bois de Boulogne and Jardin des Tuileries. We lunched near the square lake at Le Jardin du Luxembourg. We laughed in the Moulin Rouge and Lido. We danced after midnight to swing music at Caveau de la Huchette, to my mind the finest jazz club in all Europe. We nursed drinks at Aux Trois Mailletz (the woman with me sketched the piano player at work, and her drawing hangs there still),

To wander Paris years later is to see these indelibly vivid memories in a Technicolor diorama. Again and again, all is as fresh and exciting as it was then.

Admittedly, climbing the Eiffel Tower seven times is more than enough. What I cannot get my fill of is looking at the Impressionist paintings at Musee d’Orsay, or simply sharing a panini and orange soda with a friend in the warm and green sanctuary of Square Rene Viviani. Such moments exist to be savored and repeated.

Paris is able to contain such moments without breaking a sweat. It is bound by an extraordinary and gracious ability to keep fresh all the memories of those who ever visited it. Nothing becomes brittle or stale.

Paris is the city of love not so much because people fall in love there, or because its beauty is a blanket under which warm lovers snuggle, but because the lovers themselves love it. She — my Paris is a woman — is as maddening and exquisite and frustrating and heartbreaking and tender as every first love is and always will be. And what is true love but an endless string of shared moments that not even time and endings can batter?

Paris itself must secretly blush in delight at its capacity to make memories, and never tire of inviting more.

As for moments, one stands out. I was standing high atop Montmartre at night, overlooking the lights of the city. Beside me was a woman who would later hurt me deeply, and for reasons I still find mystifying. But a moment does not include the future.

At precisely the right moment, the 20,000 lights of the Eiffel Tower sparkled to frenzied life.

We stood before the church of Sacre-Coeur, which glowed intensely white on the hilltop, as if emitting heat. Behind us, on the grounds of the church, were dozens of tents – it was the annual October Grape Harvest Festival. All around, crowds milled and held up glasses of wine and champagne, laughing, their footsteps clicking on the hard cement bricks as they stopped to taste each vintner’s new offerings.

Their backdrop was the whole of illuminated Paris, which takes stage center every night, and the scene was reason enough for exuberance. Not far away, at precisely the right moment, our right moment, the 20,000 lights of the Eiffel Tower sparkled to frenzied life.

I was of course deeply in love with the woman beside me, and she with me. We turned to each other. And when the lights on the tower faded, she kissed me, arched one eyebrow, and sighed a single word, “Well.” It was just a moment.

Now, years later, on a hot September day, I stand on these memory lane steps leading to Sacre-Coeur. The long-ago moment lives on as surely as I do.

As I mentioned, Paris is gracious. The moments it hands out are timeless. It’s a precious gift of giving all might learn from, even fools on a hill, once so very much in love