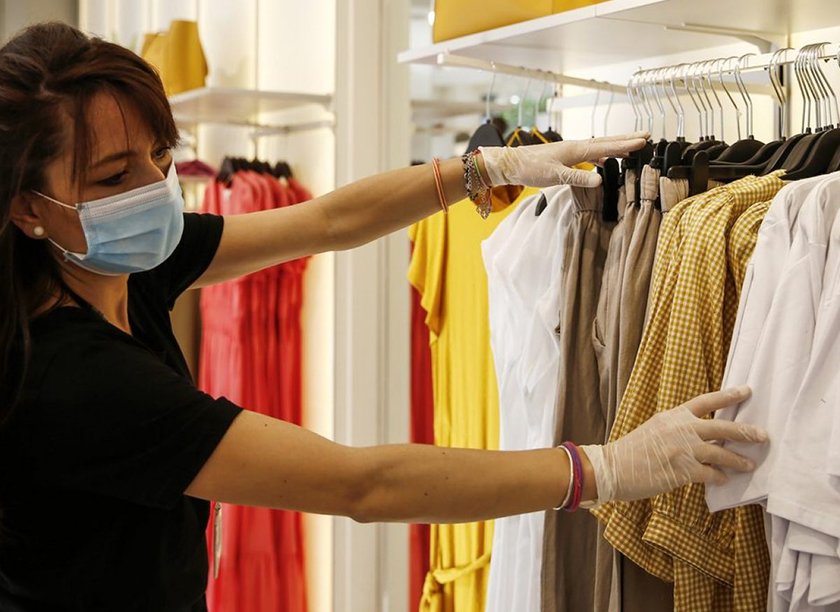 In Rome, an unnatural return to an adjusted normal...
I

taly is now that much closer to knowing the full impact of the coronavirus. The March COVID-19 death toll, based on all causes (respiratory failure, pneumonia, heart attacks and so on), had been calculated at 24,600. Now April has finally been factored in, bringing the “excess death” toll (mortality above “normal” circumstance) to 46,900.

The figure is 71 percent higher than the official toll of 27,938. Epidemiologists had said they expected a 25 percent rise in the so-called undercount, but the difference speaks for itself. Some of these excess deaths are very likely attributable to people who already had other illnesses, particularly respiratory problems, when they contracted the virus. Another factor is that many died at home, afraid to make a trip to the emergency room.

This doesn’t change the reality that many of the victims of the north Italy virus slaughter probably died without knowing what they had, whether they died at home or at a hospital, at least in the early going. If it’s any comfort, (it’s not, really), American undercount statistics are showing an even graver differential. Too much happened too fast for medical officials to maintain a steady hold over the numbers. It will take months, perhaps longer, to establish anything close to a definitive first wave count. In that way, a pandemic can be like a massive earthquake: you have some sense of how many are gone but you haven’t even had a chance to go through the rubble.

A pandemic is like an earthquake: you have to go through the rubble to know the damage done.

On a positive note, Italy is climbing toward the light. You can now actually get your hair cut, have an espresso in a bar, circulate without a permit. Restaurants and pubs are also open, and in the first couple of evenings social distancing was gone with the wind. This led mayors around the country to threaten a shutdown of all nightlife unless people took distancing more seriously. They’ve fined a few bars and individuals, but Italy is Italy and the fines have been few. From what I gather, Rome citizens have been behaving well in the city center. It’s in neighborhoods that some residents have returned to their cheek-to-jowl norm. It’s a case of some of the people all of the time, all of the people some of the time, but never all of the people all of the time. Unfortunately, the virus is still out there.

Rules and regulations vary. In Rome, you can walk around Villa Borghese, but you still can’t visit the Vatican. In Naples, the Museo Madre is all in, but not the Archaeological Museum. This mix applies to other European cities as well. In Paris, you can visit the Giacometti but not much else. In Berlin most everything is open. In London, most everything is not. In New York City, the reopening prospects are so bleak that institutions from the Metropolitan Museum to the Museum of Modern Art have laid off staff. Pleas to reopen, even from small upstate museums, have fallen on deaf ears.

Underlying this situation is the fact that the Centers for Disease Control (CDC) has issued a “revival” plan, but the plan has been placed on hold. Now there’s a checklist and a more detailed plan. While the checklist wording is succinct, the longer version, alas, puts legalese ahead of straight talk.

Interestingly, a whole section from the first CDC draft is missing, and it’s no small piece. Those recommendations included thoughtful guidelines regarding places of worship. This now-missing advice covered everything from shared prayer books to choir rehearsals. Anyone think it has something to do with not putting American evangelicals at odds with a president they support?

As for travel, you may remember I mentioned that I’d booked a place on June 1 for my husband and I on Alitalia’s new San Francisco-Rome route.

The other day I got an email from ago from everyone’s most dreaded acquaintance, NOREPLY. NOREPLY told us the flight had been cancelled. Stranded again. Worse, airlines zapped the last remaining direct flight to Italy from anywhere in the United States, including Alitalia’s daily run between JFK and Fiumicino. Also erased were the few remaining nonstop flights from San Francisco to anywhere in Europe. Several have been promised in June, and more for July, but trusting airlines to come through in what’s a deeply unstable environment makes no sense. Faced with a choice between staying on in Berkeley indefinitely, muttering “something will come up” and taking a horrific but guaranteed journey home via Los Angeles and Paris on Air France, three planes and four airports, we chose the latter.

So long as NOREPLY stays hushed, we’ll be back very soon indeed.