The importance of clubbing 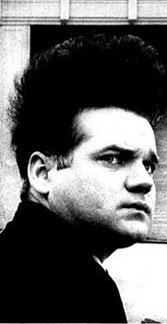 veryone should belong to a film club at least once in life. Screen-gazing with friends is collective meditation. That feeling when a movie ends and for a few moments, no one says anything. Gravitas. Even air feels heavier. It satisfies the soul.

This is what I miss the most about my college film club Frames-Per-Second.

Sunday nights we’d cloister in an empty auditorium to watch movies. I chose Sunday because it felt more spiritual that way. Too bad most college students observe this day of rest as, “Day of the Hangover” or “Eve of the Last-Minute Thesis Scramble.” We could never generate an audience.

So on that rare but thankful occasion that more than two people attended our highly publicized film screenings (I’d litter the campus with fliers), we smiled. It’s a small victory when you convince anxious twenty-somethings to forgo schoolwork and napping in favor of esoteric films like “Eraserhead.”

Below is a selection of films we screened over the years. I chose these not because they’re great (they are), but because I’ll never forget how they affected an audience.

To the naked eye, cult film “Harold and Maude” looks like dated counterculture. But 40 years on its love story is still one of the most controversial: young and death-obsessed Harold (Bud Cort) falling for sparkling Maude (Ruth Gordon), 60 years his senior.

Harold has staged his suicide 14 times (“a rough estimate”). All he wants is the loving attention of his dispassionate socialite mother. Instead he’s given the therapist’s chair.

“What do you do for fun?” inquires the therapist.

“I go to funerals,” says Harold.

Where he meets Maude, whose impetus for attending a stranger’s funeral is a little more optimistic. She steals the priest’s car. “I’m merely acting as a gentle reminder,” she says. “Here today, gone tomorrow, so don’t get so attached to things!”

Maude is Harold’s cloying comic foil, a joyful advocate of radical life and laughter. Together they’re odd couple. One is grandma-aged, the other barely adult. Neither act their age. It makes them whole and at one — somehow.

Blink and you’ll miss the hint to Maude’s Holocaust past. Maybe Maude recognizes in Harold the same death wish she’d fought to overcome: she teaches him to sing and dance, play banjo, steal city trees and replant them in the forest. The peacenik Cat Stevens soundtrack is a seamless fit.

I’ll never forget what one boy told me after we watched it. As the movie ended and auditorium lights flickered overhead, I turned to him and smiled. His eyes had glazed over.

I stifled a laugh. Like the fairy tale princess who could feel a pea beneath a hundred mattresses, this guy was distracted by a meaningless detail. I still sigh thinking about all the great films he’s missed… because they were made in the 70s.

According to David Lynch no one has “figured out” “Eraserhead.” It’s a pretentious remark, but consider it your Get Out of Jail Free card. Like James Joyce’s impenetrable tome, “Finnegan’s Wake,” don’t try to understand this heavyweight art film classic. Hold your breath and nosedive.

Here’s my take on the “plot”: somewhere in post-industrial hell, a man and his girlfriend become parents to a putrid baby worm. The rest is Andre Breton-esque nightmare. Probably something to do with fatherhood anxiety. Or Freud. Post-colonial theory? Whatever. What counts is that its anti-narrative integrates with its visuals: black-and-white and seizure inducing. Mystic. Ugly.

“Eraserhead” was impossible to find on DVD until about five years ago. When I entered college my mantra was, “Find ‘Eraserhead’ and watch it,” because I’d never take myself seriously as a cinéaste if I didn’t. Buried in our university’s media archive was an old Japanese laser disc. I screeched when I found it.

Frames-Per-Second’s then-president, Jared, lorded over the discussion. The rest of us chittered about the chipmunk-faced lady singing in the radiator and the bleeding tree until an irritable Jared hushed us.

“Okay, you guys might find that stuff interesting, with the tree and all, but why don’t we talk about something that actually matters. What’s the meaning of the film?”

My friend Craig selected “Alice.” Svankmajer is a Czech surrealist best known for MTV Claymation shorts in the 80s. His take on Lewis Carroll’s “Alice in Wonderland” is discomfiting and claustrophobic, an allegorical micro-fantasia flanked by muted colors and talking dolls. Dialogue is scarce. There is no musical score. Silence gets to the heart of lurid imagery; a rat builds its campsite in Alice’s hair.

We drew a big crowd with “Alice”. Yet one by one, people walked out before it was over. I asked my roommate Meg why she didn’t like it. “It’s not the Alice in Wonderland of my childhood,” she replied.

If I’m not mistaken, what she meant was Walt Disney.

Craig agrees with me that Svankmajer’s film comes closer to Carroll’s original vision than Disney’s colorful animation ever aspired. That’s not to belittle kaleidoscopic Disney. His take on the caterpillar is edgy for 1951: a cocky, opium-smoking linguist who gives Alice shrooms!

The walkout incident broke my heart. But that’s the risk of sharing. Some people add to the treasure of discussion. Others loot and run.

I’d have preferred Italian director Pier Paolo Pasolini’s scatological anti-fascist tirade, “Salo”, as our most controversial film, but we couldn’t find a copy. That makes “Sick” de facto titleholder. Glad my friend Jenny (who was completing her thesis on sadomasochism) insisted on it.

The documentary’s premise is, uh, quaint. Bob Flanagan suffers from cystic fibrosis, and transcends his pain with S&M performance art (ex: nailing his penis to a board). One bodily pain reifies the beauty of the other. The scenes are disturbing only if you want them to be. Craig passed out when someone shoved a steel ball up Bob’s anus. I was nonplussed.

Fewer people walked out on “Sick” than they did “Alice.” Yeah. I don’t get it, either. But Bob Flanagan’s marginal story has moxie. An inspiration for the terminally ill; for anyone who’s known unbearable pain.

Deodato specializes in gross-out Italian exploitation flicks like 1980’s “Cannibal Holocaust,” but this early poliziotteschi proves he could juggle his trademark camp with straightforward crime drama.

It takes place in Rome. It stars two cops who love to kill and do it with zest. It’s silly, sexist, corrupt and insufferable, like the Hollywood films it parrots, but we had such a great time watching it (thanks to our resident Euro-camp expert Patrick) I’m unsure why we didn’t screen more of the genre.

Maybe it’s what happened during the violent junkyard shoot out scene. Deodato’s camera lingers over a lost kitten. Obvious. A stray bullet was bound to kill it.

When it did, the audience erupted in giggles.

Then a door slammed behind us.

Two girls had run away in tears.

“Persona” is the story of two women, Alma (Bibi Anderson) and Elisabet (Liv Ullman), soul and persona, whose identities erode to one on a secluded summer holiday.

Alma is nurse to Elisabet, a stage actress who stopped speaking mid-performance Sophocles’ “Electra.” But silent Elisabet is not the one who needs psychiatric care. It’s Alma who is uncomfortable, fleshing out the silence with a paranoid sexual confession.

Alma discovers that Elisabet has been “studying” her breakdown and writing letters about it to her doctor. Her admiration for Elisabet turns to broken glass. Nurse and patient exchange already agitated roles. For women, socialized from birth to bully each other with cruel psychology, not violence, this is familiar territory.

At a time when men dominated the language of film, Bergman demystified a woman’s grammar. His lens of truth is unforgiving. Like “Eraserhead,” “Persona” speaks too many voices to ruminate over one. It received just as many disparate reactions when I screened it at Frames-Per-Second, many in the audience debating if Alma and Elisabet were the same person. More fascinating was the meaning of Elisabet’s silence, which seemed to stem from the personal tragedy of no longer knowing how to respond to a catastrophic world.

I left the auditorium that night with my then-boyfriend, who’d worked himself up into the same kind of speechless stupor. We sat in his car for a long time. Neither of us uttered a word. Then he told me that my friends and I “missed the point” of Persona. He wouldn’t explain himself. In that moment, I knew he wasn’t right for me.