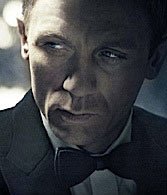 Wouldn't we all be better off he just taught school?
S

ince brainpower does for me what the new 007’s pecs do for more normal women, an article in the Economist some time ago caught my eye (“The Brain Business,” October 12, 2006). It discussed a policy brief on the “use and abuse” of Europe’s brainpower published by a Brussels-based think tank called The Lisbon Council.

Inspired by The Economist‘s report and its startling news about Italy, I downloaded and read the entire policy brief (it beats Max). Titled “Innovation at Work: The European Human Capital Index,” Peer Ederer, a German academic, attempts to quantify how much human capital thirteen members of the European Union have and how effectively they use it.

The Lisbon initiative and Ederer’s work have a central theme: Europe must innovate to be competitive. To innovate it must “do more to develop our citizens’ knowledge and skills,” what Ederer calls “human capital.” Ederer measures four areas: Human Capital Endowment, essentially investing on education, broadly defined; Human Capital Utilization or how human capital stock is deployed; Human Capital Productivity, or how well it is used and Demography and Employment, demographic and migratory trends. Countries scoring poorly in these four areas will, in two decades, see their standard of living drop alarmingly.

The report is depressing reading for anyone with a stake in Italy.

I am a housewife, not an economist, so I’ll keep it simple: The paper contains 15 tables and graphs illustrating how effectively the studied countries use human capital and how this use (or abuse) will affect future standards of living. In one line graph, Italy is heading south. In seven of 15 tables, Italy is in the bottom four. In the other seven of 15 tables, Italy is dead last. Italy’s overall human capital performance?

Italy can take some small comfort that it doesn’t share its misery with perennial EU stragglers Greece (not included) and Portugal. Instead, Italy’s partner in “courting disaster” is Germany, with whom it shares bad demographics — low birth-rate and aging population. If this dynamic duo does not shape up, the study warns, traditional European economic hierarchies will be reversed, with former laggards such as the United Kingdom (remember Italy’s 1980s glee about the sorpasso of Britain?) pulling ahead. At current rates, by 2030 Germany and Italy’s gross domestic product (GDP) will be half of what they are today.

Depressing as the forecast is, I was grimly satisfied to see the confirmation of my most secret and dire predictions, gleaned during a decade around Italian state schools. In fact, I am grateful for statistics that buttress some hunches. If asked, I could have saved Mr. Ederer considerable work.

I hardly need an economist to tell me that a country where parents have to buy toilet paper, soap and art supplies because their schools don’t provide them, is at the bottom of European spending on education. I might contest Italy’s low rank in informal parental participation in education, knowing how much time Italian parents dedicate to homework help. But then, is actually doing children’s homework — all too frequent — really helping children acquire the “general skills and adaptation” Italy will need? Five years of Latin and Greek are laudable and even lovely, but are their much-vaunted formative powers giving the future leaders who attend liceo classico the “specific skills …and vocational training” that Italy needs? And what exactly are the skills offered in a liceo where one sought-after professor allows students, equipped with ashtrays ben inteso, to smoke in class — although smoking in public places is illegal?

Normally the Italian media loves to comment on The Economist’s allegedly distorted vision of their country. As near as I can tell, no mainstream Italian publication has considered either its article or the Lisbon Council brief worth mentioning.

Italians who scoff at these figures or the threat to their lifestyle, do so at their own peril. Lifestyle isn’t merely leisurely Sunday lunches, a new BMW, a Gucci bag every year or exotic vacations. It is also things such as health care, which the brief uses as an example of potential lifestyle consequences. Countries with stagnating economies and “solidarity-based” health systems will not be able to offer newer, better and more expensive treatments to their citizens. Figurati in Italy where, by 2030, 60 year-olds will outnumber 20 year-olds two to one.

On a personal level, the study will probably be bad for my social life. Now that I can support my arguments with figures, I may be less welcome than ever at places where Italian education is a conversational staple; coffee with fellow mamme and Milano bene dinner parties.

Soon after I read the Lisbon report, I read the World Economic Forum’s annual worldwide ratings of the gender gap. Guess who holds last place in Europe? Don’t get me started.